Hong Kong: Home to the largest freight airport in the world

Hong Kong International Airport is the planet’s biggest freight airport. The air freight hub of Chek Lap Kok on the island of the same name handles some 4.51 million tonnes of cargo every year, and this figure is set to rise.

From a recreational area to the world’s largest freight airport

Passengers arriving in Hong Kong International are treated to a magnificent sight upon approach. The city’s airport is located on one of the many islands immediately off the coast. Until 1990, locals used this island as a recreational area.

At the time, it rose some 100 meters above the surrounding bay, but it was cut down an elevation of just seven meters, and the soil and rock were used as landfill. The local authorities went to such effort for two reasons: Firstly, they wanted to provide aircraft with space for unhindered take-offs and landings, and, secondly, they wanted to minimize the noise levels plaguing local residents. Along with the capacity shortfall for passengers and freight, noise pollution from the older airport of Kai Tak one of the main reasons for wanting to shut it down.

Following eight years of construction work, the first aircraft to land, on July 6, 1998, was a Boeing 747. With its two terminals and parallel runways, Chek Lap Kok quickly became China’s second most important passenger airport, and, today, it is used by some 70 million people every year.

“Mega-infrastructure – Part 1: The largest air freight airport in the world is located in Hong Kong.“

Hong Kong International plays an even more important role in the air freight sector. Handling ever-increasing volumes of cargo, it is considered to be not just the most important air freight hub in China, but also of the whole world. It owes this to several factors, not least its location: About half of the world’s population lives within a radius of five hours’ air travel.

Today, Hong Kong handles an annual figure of 4.51 million tonnes of freight, some three times the figure registered when it opened almost 20 years ago. It is the site of 411,000 aircraft movements every year, and about 230,000 of these are for air freight transportation (figure from 2015), putting it just ahead of Memphis International Airport in the USA.

The construction of an additional freight terminal made this sheer volume possible. Covering a total of 246,000 m2, it opened in 2013 and facilitates an increase in freight capacities to some 7.6 million tonnes a year.

If cargo levels continue to increase at the same pace as in recent years, even this additional capacity won’t be enough. The same applies to passenger services: According to forecasts, the number of people using the airport will climb to 100 million by 2030.

The Chinese government has therefore announced a project to expand Hong Kong International by that date. The masterplan entails constructing a third runway on an artificial island. This is projected to increase capacity to a maximum of 620,000 flights, some 200,000 more than what the airport handles today. The plans also envisage the construction of another terminal to cope with the increase in freight levels and passenger numbers.

According to the government, the expansion will enable Hong Kong International to maintain its position as the most important airline hub in southern China, for both passengers and freight alike. 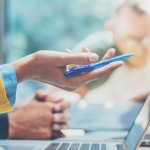 Who is the next big thing? BVL showcases logistics newcomers « 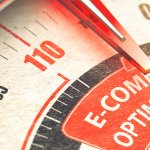