Ants have created a highly efficient system to ensure the securest possible supply lines for their nests: The insects use pheromones to mark large numbers of different paths to food. The chemical concentration is highest on the shortest route, thereby enabling the ants to access food and building materials in the shortest possible time. The product of millions of years of evolution, this strategy is now inspiring researchers who want to improve delivery systems in our towns and cities.

Efficient urban mobility is becoming ever more important. Millions of city-dwellers want mobility provided by safe and reliable means of transport. In the future, experts want mathematical algorithms to calculate bus and train journeys, operate light signals, and block streets with the same efficiency as a swarm of ants.

Digitalization is exerting a continuous, sustained influence on traffic in our towns and cities. In the background, more and more data is available to people working on furthering systems.

Quantity of data is always growing

In Berlin, for example, IVU Traffic Technologies has designed advanced algorithms that plan the journeys of almost 1,400 buses, 330 tram wagons, and over 1,200 metro wagons used by BVG, Berlin’s mass transit company. IVU’s software ensures 24-hour operation that transports over 1 billion passengers a year, while at the same time coordinating the work of almost 14,000 employees.

“Digitalization changes traffic in our towns and cities in a continuous, long-term way because the individual systems are increasingly interconnected,” says IVU’s chairman Martin Müller-Elschner. “Passengers can see this in their apps, which provide an ever-greater depth of information. In the background, too, more and more data is available to people working on furthering the systems.”

However, the researchers believe that a lot of developments are still in their earliest stages. For example, there is often a lack of data necessary to even make predictions, which enables algorithms to develop future transportation options.

This topic is being tackled by Beuth University of Applied Sciences in Berlin. One of its projects focuses on improving traffic flow in Dresden, where congestion and slow-moving traffic clog up the city center and major access roads. “Though there is a traffic information system that harnesses the data generated by thousands of stationary sensors and taxis traveling around Dresden, we still lack reliable forecasts showing how traffic will evolve over the coming few hours,” says Prof. Alexander Löser, who works at the university.

“Researches want to use the ants’ system for planning urban logistics“

An entire team overseen by Prof. Dr. Petra Sauer is currently at work on creating a platform that merges data provided by Dresden-based partners with other information and then makes the results available. This will enable SMEs to develop mobile value-added services for their specific locations, such as transporting goods in a flexible and crowdfunded way through a city. Just like ants have been doing for millions of years. 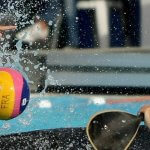 No Olympics, no World Cup – no problem «