5G on the Elbe – Hamburg’s port fights for the future

A double triumph for Hamburg: at around 9 pm on May 15, 2017, the MOL Triumph set sail from the Port of Hamburg on its maiden voyage. The flagship of Japanese shipping company MOL Mitsui O.S.K. Lines is not just the world’s first container ship that can hold more than 20,000 TEU standard containers – it is also proof that the Hanseatic city-state is fit for the future when it comes to logistics. Despite this, Hamburg constantly has to prove itself in the competition for sea freight that rages between Europe’s ports.

This is because the city’s geographic location could jeopardize the situation: ships have to travel hundreds of kilometers up the Elbe to deposit their cargo. For the shipowners who have formed alliances to navigate the main trade lanes together with mega-ships, this may be a reason to opt for a different deepwater port. “For us logisticians, both where the customer is located and how we organize collection is crucial,” states Tina Kruse, Head of Seafreight at Schenker Deutschland. With this in mind, Hamburg has closer ties with Asia and the Baltic states, whereas Bremerhaven is more strongly linked with the US.

Ships with a draught of up to 12.50 meters can now call at Hamburg. And now, the city wishes dredge the river so that container ships with a draught of up to 13.50 meters can navigate it too. When the ships leave Hamburg at high tide, it should even be possible for vessels with a draught of 14.50 meters to set sail. This would be the ninth time the river has been deepened: between 1818 and 1825, the first “tidal corrections” provided improved navigation on the Elbe. However, the German Federal Administrative Court has put the most-recent plans on ice for the time being. It is therefore likely to be some time yet before the dredgers get to work.

With a gross value of 21.8 billion euros and providing more than 156,000 jobs, the Port of Hamburg is hugely important to the German economy as a whole. What’s more, it has great prospects for growth: the port made significant headway in the first quarter of the year. 1.8 million TEU standard containers – 10.3% more than at the start of 2016 – were handled. This was due to increasing cargo from the Far East and the Baltic Sea.

“At our container terminals and with respect to our hinterland transport, we are noticing the strength of the German economy and a positive trend in global trade. At the same time, however, we are continuing to see unpredictability resulting from political decisions, and which may have an impact on our business over the course of the year,” states Angela Titzrath, Chairwoman of the Executive Board of Hamburger Hafen und Logistik AG (HHLA). “The Port of Hamburg is heading toward an uncertain future. However, it has a large number of special qualities that speak in its favor: its good hinterland connection, the fact that it is equipped with state-of-the-art technology, the high quality of its handling operations and, last but not least, the dedication of its employees.”

“Hamburg and #5G standard: after the #Elbe expansion setback, #digitalization is set to help the port“

In actual fact, Hamburg has an excellent infrastructure which enables it to load and unload large freighters swiftly without any interruptions. Each and every day, thousands of trucks and more than 200 freight trains connect the port with all of the economic regions inland. Digitalization is now also coming into the mix: the EU has selected the Port of Hamburg as a test area for researching the industrial usage of the latest generation of mobile communications, 5G. This technology should enable data rates of up to ten gigabits per second to be achieved – allowing people to connect to machines and machines to communicate with other machines wirelessly. The test phase is set to run until June 2019, with 5G being launched across Europe from 2020. Hamburg may well then benefit from a strong digital tailwind. 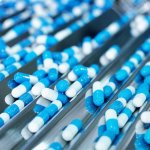 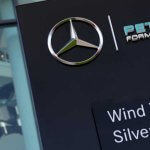 Formula 1 in Silverstone: A home race for Mercedes-AMG Petronas Motorsport »