Smart stadiums: what will the stadium of the future look like?

The fan experience in the smart stadium

Holograms: not quite live, but still in the middle of it all

The first hologram press conference was held in May 2017. Four coaches from four European soccer clubs held the conference in a virtual space, with each coach being projected from a different European city. The hologram press conference marks the beginning of a development that could be used for a number of other aspects of the stadium experience. Take the Champions League quarterfinal, for example. A team could travel to its opponent’s stadium, while fans gather at their home stadium to cheer them on. All made possible by hologram technology. A hologram Michael Jackson concert held after the artist’s death and attended by thousands of fans shows just how far the technology has come https.

A smart stadium seat should feel like traveling in first class: a comfortable seat, a touchscreen right next to you, and a variety of entertainment programs and information about the game. Second screen options, just like at home but in the special, unique stadium atmosphere. It’s not something that would be appropriate in all areas of the stadium, but it will certainly find a place in the business segment.

For many other fans, this additional information and the possibility of following the game from different angles on head-mounted displays may soon become a reality.

The StadiumVision concept familiar to soccer fans in Munich and Leverkusen is also used at Madrid’s Bernabéu Stadium, London’s Wembley Stadium and Amsterdam ArenA, among others. The main purpose of the concept is to create the modern fan experience: a wireless internet network in the stadium lets fans follow game stats, watch video replays and retrieve much more information. It makes it easier for the club and fans to interact. The technology could also be of financial interest to clubs, which could use it to sell jerseys on impulse, for example.

The smart stadium also has something to offer fans who are more interested in satisfying basic human needs during halftime than finding out more about the game. Fans can use technology to reliably locate which restrooms are the least popular and which concession stands have the shortest lines.

There are many more possibilities for fans, from helping to choose jersey colors to picking the right lineup. It’s also increasingly likely that players will someday be equipped with mini cameras to allow us to watch the game from their perspective. Spectators will also be able to pull up stats about the player’s fitness. To be continued…

Stadiums of the future will set new standards in energy use and renewable technologies. Engineers are hard at work on new materials for stadium construction. In addition to renewable building materials, other possibilities include cement bricks “grown” using bacteria and sidewalks made of panels that convert spectators’ steps into electricity.

The idea is for arenas to be both consumers and producers – “outsourced” power plants, storage, and substations for electricity used elsewhere.

These stadiums are considered pioneers in innovative stadium technology. They have found solutions to future issues in energy, security, sustainable water use and renewable building materials.

Amsterdam ArenA is an example of best practices in connecting stadiums to the smart city. A storage system was developed to make power management for the arena more efficient, sustainable and reliable. It relies on 280 used batteries from electric cars, which act as an emergency power supply. At some point in the future, they will replace the stadium’s diesel generators. The batteries will then be able to deliver four megawatts of power, and store the same amount. Amsterdam ArenA is on its way to becoming the world’s first stadium to be entirely independent from fossil fuels.

Combined energy: solar energy is often combined with other initiatives to create a hybrid green solution. Allianz Riviera uses a solar installation consisting of 4,000 panels to cover its energy use. Designers also invested a lot of time in making the stadium sustainable. Wood is built into the structure. A ventilation system allows wind to flow through the building to cool it – a technique used back in Roman times. The roof collects and stores rainwater to water the field.

Water was also part of a solution developed by the designers hired to build the stadiums for the 2022 World Cup in Qatar. The question was: How do you cool a stadium without using electricity for air-conditioning, when games will be played at temperatures well above 37° Celsius? Sports City Stadium uses energy from an off-site solar installation to heat up water, which is then transported to a storage tank on site. The water then flows through an absorption refrigeration system into another tank, which churns out air cooled down to 17° Celsius. This keeps the entire stadium below 26° Celsius.

Mexico, too, has its own environmentally friendly stadium, which recycles rainwater and uses wind power. The stadium is designed to blend into the local flora and fauna as best as possible, which is why grass is planted on its exterior walls.

Siena, Tuscany, is also home to a stadium of the future. The stadium is designed so that it is partially sunken into the landscape. It blends into the topography and provides natural shade.

A small English soccer club has made an especially radical choice when it comes to environmentally friendly stadium construction. It had its entire stadium built out of wood. The building, which was designed by Zaha Hadid Architects, consists almost entirely out of sustainable timber.

The updated Estadio da Luz will soon set standards in terms of fan experience and security. Starting from a standardized platform, it integrates equipment data, data analyses and technologies. The stadium management can monitor all important security functions using a single user interface. Security personnel can control speaker zones individually to make announcements or play background music for specific zones. The speaker system can automatically trigger recorded announcements in an emergency. In dangerous situations, the staff can monitor by video and direct instructions to specific zones in danger to ensure the building is evacuated safely.

The pioneers of the digital fan experience are in the United States. An extensive concept was developed to be able to provide digital entertainment for 18,500 spectators. Networking fans was the main idea when the stadium was designed. Fans can use their smartphones to retrieve information, enter contests, send messages and choose from several video channels. Other features include a stadium app, which provides exclusive camera angles. Even the coach’s halftime pep talk to the team is broadcast from the locker room. 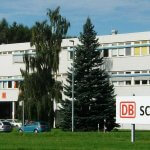