Last week, a five-year journey to Asia started for the Olympic movement when the flame was lit at the ancient site of Olympia. The next three Games will all take place in east Asia – Pyeongchang 2018, Tokyo 2020, and Beijing 2022. The hosts of these Games of the future are working flat out to use this global platform so that they can live up to their reputations as innovative trailblazers in the fields of technology and digitalization.

For the 2018 Winter Games in the South Korean city of Pyeongchang (February 9-25), IOC partners Intel and Samsung are, together with Korean Telecom (KT), concentrating on using virtual reality (VR) to bring fans and viewers even closer to the live action. They are planning to create VR centers all over the country to give the public a chance to experience competitions from the athletes’ point of view.

KT is working on the international premiere of 5G cellphone technology to mark the start of the Pyeongchang Games. It will be over 60 times faster than LTE connections, meaning that applications and systems can use 5G to respond more or less in real time. This will create the conditions necessary for operating self-driving shuttle buses and delivery drones at the Games of the future.

At the same time, 5G will be necessary for 360° live VR broadcasts and VR streaming during competitions. Combined with countless cameras installed in the stadiums and generating images from every angle, VR will make it possible to break the athletes’ movements down to the very smallest detail. Broadcasters and providers hope to use this advanced technology to create a whole new way of experiencing a sports discipline, and there are even proposals to deploy interactive holograms for the first time in the Olympics at the Pyeongchang Games.

Automation and the future of mobility in Tokyo

When Tokyo last hosted the Olympics in 1964, the country inaugurated its ultra-fast Shinkansen or “bullet” trains, and it is planning to impress the world with innovative mobility technology this time around again. The world’s fastest train, the Maglev, is scheduled to go into operation just in time for Tokyo 2020. Using magnetic levitation technology, the train will be able to reach speeds of up to 600 km/h.

“Robots volunteers, self-driving cars, virtual reality. What will the @Olympics of the future look like? @TeamD @Tokyo 2020 @pyeongchang2018 “

The Olympics always entails an immense need for transport services for people and goods alike, so autonomous vehicles are very important to the organizers of the Tokyo Games. IOC partner Toyota aims to unveil a new generation of self-driving vehicles on its “home turf” in Tokyo, and they are to be used for the competition cluster in the city’s bayside area. Robot taxis have already completed the test phase and can now be used for fully automated transport across the Japanese capital in 2020.

Visitors and competitors will encounter a new type of volunteer: robots. They are intended to provide visitors with help regarding transport and orientation, handle different services in the Olympic Village, and serve as language assistants if necessary. The number of automated helpers is so large that the robots will get their very own “village” near the athletes’ accommodation.

Smart stadiums: what will the stadium of the future look like? | logistik aktuell

Creating the smart stadium is an interdisciplinary task. Architects, designers etc. are being called on to build the stadium of the future.

The Games’ climate footprint will also see a substantial improvement. Japan’s government is investing massive sums of money in developing hydrogen as a source of energy, and it wants to use the element as the sole power source of the Olympic Village. Buses and cars using fuel cells will also be used to transport athletes, media employees, and officials.

We can look forward to finding out what prototypes the Asian Olympic hosts have ready and waiting for us at the Games in the 2018-2022 period. One thing is certain: The Games in February 2018 are just the start of a new era in the use of technology and digitalization at the world’s largest sporting event. 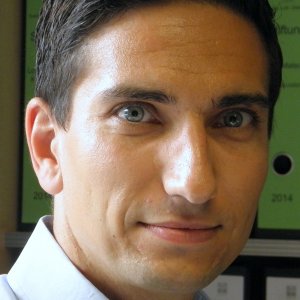 Smart stadiums: what will the stadium of the future look like? 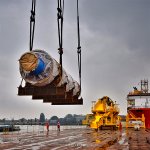 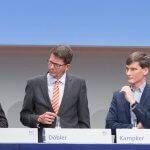