DB Schenker transported a 170 metric tonne industrial weight to Rotterdam: It is a vital component in a hydraulic hammer for constructing the foundations of offshore wind turbines and oil platforms on the bottom of the North Sea. The job was handled by the company’s ocean freight team. This piece reveals just what these logistics experts can do.

The transportation order was placed by Menck, a company from Kaltenkirchen, near Hamburg, that specializes heavy plant machinery such as in hydraulic hammers. It is thanks to the products of this company that thousands of turbine masts have been securely anchored on the seafloor or on dry land. The foundations of a turbine are just a few meters across, so tremendous force is required if the towering mast is to sit in the seabed.

Some of Menck’s equipment operates in the most inhospitable of locations: Even 2,000 meters under the surface of the sea, its incredible power can break open the solid rock on the sea floor. Down here, without light, there is little life.

Vital contribution to the energy changeover

Almost 90% of Germany’s wind power comes from the rough climate of the North Sea. Combine the North and Baltic Seas, and the country has at present well over 900 wind turbines at near-offshore sites. New windparks with a capacity of 1,400 megawatts are under construction in 2017 alone, corresponding to the nominal output of the Emsland nuclear power plant in the northwest of the country. Current plans envisage capacity growing by a further 1,000 megawatts every 12 months.

The hydraulic hammer plays a vital role in ensuring that new windparks can be built, and its transportation gave the logistics experts the perfect opportunity to demonstrate that they have what it takes, no matter what the route is. They had to tackle a multi-discipline triathlon that covered roads, rail lines, and canals. The first leg of the journey used custom rail wagons, and the destination was the Saarschmiede specialist foundry in Völklingen near Saarbrücken. Here, metalworkers put the finishing touches to the weight, which measured some 10 meters in length.

A heavy goods truck was necessary for the next stage, which entailed an overland trip to Dillingen, 20 kilometers away, where two cranes lifted the colossal component onto a barge. This then set off on a five-day journey that took in three rivers en route to Rotterdam: The Saar, the Moselle, and the Rhine. At its destination, a floating crane attached a hook to the weight and positioned it gently on a working pontoon which then bore it out to sea.

Was the undertaking a routine matter? – Matthias Hey from Schenker’s project team says it was anything but: “There’s no such thing as a routine when you work on projects, because every job has its own particular requirements.” In this case, these entailed more than just the need to transport the weight by train, truck, and barge. While logistics teams are well used to time pressure, Schenker’s experts faced a unique difficulty this time: The Moselle would be closed to shipping for ten days. Hey says, “The weight had to complete that stage of the journey before the river’s closure, and we managed to achieve this in the end.”

Shipping containers have a huge impact on how the ocean freight sector operates. Leaving special sized units aside, one of these steel boxes is 20 or 40 feet long, i.e. a good 6 or 12 meters. The largest have a volume of 26.5 metric tonnes, with the smaller versions carrying 5 metric tonnes less.

Anything that doesn’t fit inside a general purpose container is called a “non-common load” (NCL) in the business. The name “non common” is revealing. As long as standard units are used at ports, operators can use standardized processes: The way A4 sheets of paper fit neatly into folders, 20-foot and 40-foot containers form tidy stacks on board container ships in their hundreds and thousands. Things become “non common” when an electricity-generating turbine weighing 500 metric tonnes has to take to the waves, or when gigantic production machinery has to move continents. “In these cases, the usual steel boxes are no help at all,” says Michael Schultz, Business Development Manager at DB Schenker. “When handling transportation jobs like these, we have to come up with one-off agreements with shipping companies, but first we have to try and find out if a suitable ship is even available,” he continues.There’s more: “Two years ago, we oversaw a project in Egypt that entailed the deepening of one of the country’s ports. The quay had to be reinforced too, otherwise we would never have been able to land our freight.” – Adventures like this are something that conventional container shipping never gets to experience. Or at least they’re a rare occurrence. 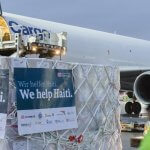 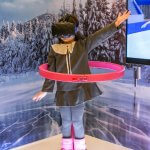