The “ghost port” of Qingdao is starting operations

Last May marked the first time that a shipment was unloaded entirely by automated means in Qingdao. It meant that the Qingdao New Qianwan Automatic Container Terminal became the first Asian container terminal to operate by fully automated means. It is as if operations are controlled by an invisible hand. This is just the beginning though, as Qingdao is soon to be the largest port in the world.

A ghostly experience, especially at night

Yesterday, it was Rotterdam, and Hamburg before that. What is currently the largest freight port in the world? Shanghai!

Qianwan, 12:34 am – the terminal is deserted. The cranes measure the exact gripping position for the containers using lasers, but do not rely on any other light sources. They work in darkness at night. In the meantime, driverless trucks transport their cargo between container cranes and stacking cranes. They do this in almost complete silence as the trucks are equipped with an electric motor. That’s why “ghostly” is an extremely appropriate description for this unloading process using top-class technology.

“#China #logistics – #Qingdao is to become the largest #port in the world.“

It’s no accident that Qingdao is ahead of Shanghai when it comes to automating its port. This is because China has very big plans for Qingdao, the eighth-largest port in the world in 2015 based on container turnover. The deep-sea port is due to be developed into the world’s largest port by 2020 – surpassing even Shanghai.

Largest port in the world

The Port of Qingdao has traditionally been one of the most important Chinese ports for solid and liquid bulk goods. The Qianwan container port is also just one of four port facilities in Qingdao. There are also the Dagang Port Area and the Huangdao Oil Port – China’s most important port for crude oil imports. At the same time, Qingdao has long been the world’s largest port for importing iron ore. The expansion and excavation of the Dongjiakou deep-sea port facility has now been underway for years. The port basin will be 20 meters deep and it will be ten times the size of the JadeWeserPort. All four port facilities in Qingdao together will form the largest port in the world. 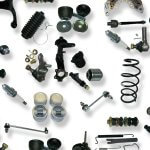 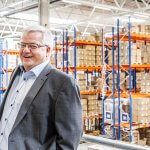