Rebirth of the supersonic jet

24 October 2003 marked the end of the era of commercial supersonic flight, when a Concorde plane took off for its last scheduled journey. Afterwards, the aircraft and faster-than-sound travel were history. However, this might be about to change again: Several companies are working on a new generation of supersonic jet planes that hold out the prospect of unbelievably short journey times. Boom Technology promises to whisk passengers from Paris to New York in about 3:15h, while Boeing claims the trip from New York to Shanghai could be as short as a sensational two hours.

Working on behalf of Airbus, DB Schenker is developing special packaging for aircraft parts and making it in serial production.

A massive market in the sky

In general terms, the outlook for supersonic jets is quite good. A study performed by US management consulting company BoydGroup International concludes that there is a market for this service, with a value of USD 260 billion and a total fleet size of about 1,300 aircraft. The study suggests that the planes’ main routes could link the world’s biggest business hubs, i.e. Hong Kong, New York, Sydney and London, and the holds of the aircraft could be used to transport exclusive air freight on these connections at the same time. While today’s comparatively fast planes already transport cargo, journey times would be cut still further thanks to supersonic travel. As the resulting cargo costs would probably be astronomical and the volumes limited, this form of transport would be reserved for very exclusive items, such as urgently needed replacement parts that cannot be manufactured using 3D printing technology.

US company Boom Technology, based in Denver, Colorado, is currently in pole position among firms competing in the field, and it has plans to start trials of its XB-1 or “Baby Boom” plane this year. This test aircraft has three turbojet engines, and the company hopes it will reach speeds above than Mach 2 in 2019. Customers are already lining up for the plane once it goes into series production: In 2016, Virgin Group was first to announce that it had signed a contract for 10 aircraft. Japan Airlines followed in December 2017 with an option for 20 jets and has also invested USD 10 million in Boom Technology. A total of five aviation companies are believed to have signed 76 orders or options. The price of every 45-seater aircraft comes to approx. USD 200 million, and commercial flights are expected to start in 2025. Taking a supersonic fight to a business meeting or holiday destination will cost a pretty penny: Boom has floated a price of USD 2,500 for a one-way trip on the London – New York route.

Crossing the Atlantic in four hours

Competitor Aerion, based in Reno, Nevada, claims that its planes will need about four hours to cross the Atlantic. With a maximum speed of Mach 1.4, its aircraft is a bit slower than Boom’s, but the atmosphere on board will certainly be cozy as each plane will carry only 12 passengers. Ticket prices will probably be even higher than at Boom. The AS2 is scheduled to start flying in 2023, and Aerion expects it to receive regulatory approval by 2025. Canadian charter airline Flexjet is the first customer, having placed an order for 20 planes at a list price of USD 120 million. Aerospace company Airbus was involved in the jet’s development.

In Seattle, Boeing is considering constructing its own supersonic jets, but its announcements indicate that it wants to go surpass its competitors’ ambitions in terms of speed. Its vision: Within the next 20 years, wealthy travelers will get from New York to Shanghai in two hours on board hypersonic planes traveling at Mach 5. But will there be a market for this? Even Boeing seems to have its doubts: CEO Dennis Muilenburg concedes that his firm still has some work to do on the business case for the hypersonic jets. 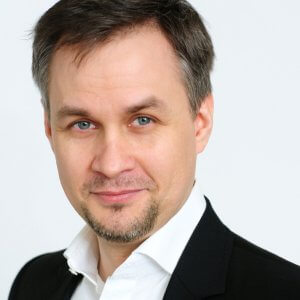 Airbus subsidiary Satair: Delivering packaging for spare parts with the speed of airmail 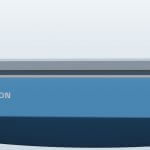