Logistics between France and Germany

The Saarland may be the smallest state in the Federal Republic. But as an economic link between Germany and France it comes up big. The DB Schenker office in Saarbrücken, with a total of 750 employees, is the hub of quite a few transports. Distance from the border: 800 meters. Good runners do not even need two minutes for that. In addition, the Saarland office operates 8 other locations – these are logistics centers in Saarwelligen, Brebach and St. Ingbert, among others.

Sixteen years ago, DB Schenker integrated the French Joyau Group into its own network. The well-positioned Frenchmen maintained 53 sites with 2,500 employees between the canal and the Mediterranean. DB Schenker brought in 35 French locations with 900 employees. Since then, the company in France has been one of the top suppliers of land transport, air and sea freight, and contract logistics.

“At that time, we created the best conditions to handle the volume that is turned along the German-French axis,” says Peter Maas, head of the Saarland office. This volume can be expressed by impressive figures: The recently published ranking of the Federal Statistical Office shows that France is Germany’s second largest export country. With 105 billion euros, the Grande Nation ranks just behind the US (111 billion euros) and ahead of China (86 billion euros). In terms of German imports, France ranks third with 64 billion euros. Ahead of France are China (101 billion euros) and – yes! – the Netherlands (91 billion euros).

“DB Schenker has positioned itself well for the exchange of goods between Germany and France. And we in Saarbrücken are right in the middle of it.”

And what is there that does not get moved along the German-French axis! Both countries supply each other with billions in deliveries of chemicals and vehicles. No one should be surprised that the German demand for French beverages is three times as great as the other way around. With electronic products and machines, the picture shifts. Here the statisticians record a triple trade surplus on the German side.

DB Schenker has positioned itself in Germany and France such that almost all destinations in cross-border traffic are reached within 48 hours. If necessary, it can be a few hours faster. Basically, there is nothing that doesn’t go through the transshipment hall in the Saarbrücken street “Am Felsenbrunnen”: clothes, plastic goods, and ceramics – everything is there. Two specialties are still highlighted: furniture and wine. Every French department is supplied with kitchen, living and bedroom furnishings once a week via Saarbrücken. Even Corsica.

“More than wine and cheese: DB #Schenker and the exchange of goods between Germany and #France“

And in terms of wine, we want to make a special toast to the logistics experts from the Saar. It goes, “Thank you, thank you!” In 2017 they imported almost 25 million bottles from France, Spain, Portugal etc. Some of them have also made for beautiful evenings for the author of these lines. 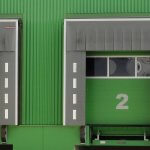 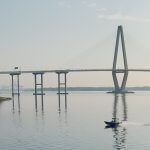