Berlin City Hub: The revival of the cargo tram?

Berlin is getting bigger and bigger as more and more people move to the city. For logisticians, this is a mixed blessing. The last mile—the way to the customer—is becoming increasingly difficult and costly to manage. Now trams could help sustainably supply inner-city customers by bypassing congested traffic. At least that is what the “City Hub Concept” of the Senate Department for the Environment, Transport and Climate Protection envisions. The Senate Department is currently in discussions with logistics companies and the Berliner Verkehrsbetriebe (Berlin’s municipal transport operator) about the possible use of trams in urban freight distribution.

“The cargo tram is a long-established concept,” says a spokesman for the Transport Senate. “It only makes sense to incorporate tram networks into a concept for urban logistics. We in Berlin cannot afford to leave entire sections of the infrastructure unused.”
The advantage of tramways: Subways, suburban rails, and trams are efficient carriers for transporting goods from distribution centers and hubs in the suburbs to the city center. “Transporting small containers is relatively simple. Now we only have to consider where the tram can be loaded and unloaded and how the freight can be sensibly distributed,” says the spokesman.

There are several models from the past. Between 1917 and 1935, postal parcels were transported by tram in Berlin. From the 1920s to the 1960s, thousands of tons of coal, foodstuffs, and other goods were transported by tram in Hannover, Stuttgart, Wuppertal, and Dresden. However, once the truck had begun its triumphal advance, cargo trams were discontinued due to being expensive and often time-consuming.

Today, many tram networks are still being used for freight transport. Albeit, mostly only in-house to transport road salt, brake sand, gravel, and other materials for track construction.
Even more spectacular, however, was the use of a cargo tram in Dresden. The city’s CarGoTram was in operation for 15 years. It shuttled between the logistics center at Friedrichstadt freight station and the Volkswagen car factory. After years of interruption, it now carries assembly components for the e-Golf.
Since 2003, a so-called Cargotram has been used by the Zurich transport network for collecting bulky waste in the city area. Amsterdam used both of these concepts as a model for launching its own cargo tram network. However, the project did not come to fruition due to the operator becoming insolvent.

Now Berlin seeks to revive the idea. “With this concept, we want to revolutionize urban freight distribution,” says the spokesman for the Senate. Loading in the eastern parts of the city and unloading at railway stations in Mitte and Prenzlauer Berg are one possibility. These districts are home to a large number of people with a high need for goods and commodities. The districts are also well connected to the rail network. The infrastructure is thus in place.

“Is the cargo tram set for a revival? Berlin is planning inner-city rail transports.“

Though when exactly the first cargo trams can be rolled out and the first containers be transported is yet to be decided. Significant coordination efforts are needed. Logistics companies in Berlin remain wary for the time being. And the tramway company fears a backlash from residents once containers are being transshipped at night in the middle of the city. The last mile is very complicated, indeed. 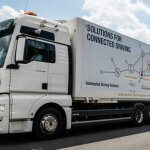 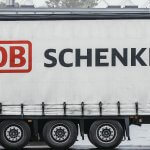