Artificial Intelligence launches a revolution in transport and logistics

Currently, the topic of ‘Artificial Intelligence’ is booming in all business areas. But where does the hype come from? How long has there been research on it? What benefits does AI bring to logistics? And why is artificial intelligence currently so popular among logisticians right now?

Artificial intelligence dates back to the 1950s. As early as 1956, John McCarthy coined the term “artificial intelligence”. In general, AI is a sub-discipline of computer science that deals with machine learning and has the long-term goal of creating computers that have human-like decision-making structures capable of independent learning.

However, a definition of artificial intelligence is currently not possible, if only for the reason that even psychology cannot clearly define what ‘intelligence’ actually means. The German Wikipedia reads: “The term [AI] has not been clearly circumscribed yet, because it lacks an exact definition of” intelligence. “

Although research in this field has been steadily progressing since the post-war period, it is still a long way from realizing all objectives. But why is there a hype regarding this particular technology right now? The current boom of artificial intelligence is due to the constantly improving optimal economic hardware conditions. Only now are processors, high-speed networks and Big Data storage options available, which make the practical implementation of many theoretical considerations possible. At the same time, the technology industry is doing better economically than ever before. However, this, too, does not explain why the use of AI in the field of logistics is progressing so fast.

“#AI launches a revolution in #transport and #logistics. Update on technology and applications“

AI – Why particularly in logistics?

This is due to the structure of the transportation industry. Because the extensive logistic networks provide the ideal field for applications of artificial intelligence. The already thin supply chain relationships are very clear and direct. Thus, changes in one subsection have immediate effects with only a few distortions (through redundancies or buffers) onto the other sections. Cause-and-effect relationships are therefore very calculable and predictable. For example, a traffic jam on a particular highway has a very predictable, immediate impact on freight transport, just as a sick leave in a warehouse or a harbor strike anywhere in the world.

At the same time, the use of AI is very well scalable, especially in logistics. You do not have to digitally map the entire global logistics network. You can start with individual storage locations instead. Gradually, the real-time calculated digital process model can be scaled up to ever larger transport structures.

Data can now be used to simulate potential future scenarios. Does that sound like looking into a crystal ball? It's actually pretty high-tech.

The transport industry offers structurally the ideal environment for AI applications, which is why it can precede the manufacturing industry in the field of digitization and AI deployment. The future of many applications, which can later be adopted by other sectors of the economy, is currently being decided in the field of logistics. Germany as the undisputed world logistics champion, who was able to further extend its lead over its competitors this year, plays a leading role here.

On this occasion, the editorial team sends congratulations to all German logistics companies on their well-deserved first place in the International Logistics Performance Index of the World Bank!

Drive4Schenker freight platform: Why carriers, drivers, and dispatchers all benefit 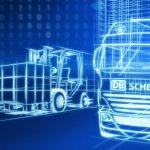 "Survival is not a duty - but our mission" « 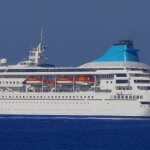