The challenge of indoor navigation

The new version of the ‘Smart Transport Robot’ shows just how clever indoor navigation can be today: The smart AGV (Automated Guided Vehicle System) responds to obstacles and optimizes its route locally, instead of driving down dull artificial landmarks.

Already in 2016, the original version of the “Smart Transport Robot” (STR) was created as part of the »BMW Enterprise Lab for Flexible Logistics«. This year, a new version of the AGV was presented at the CeMAT, where it impressed above all with a new navigation capability. By the end of the year it is supposed to be ready for series production.

With the driverless transport vehicle Emili, the size of a small load carrier, the Fraunhofer IML is driving forward human-machine interaction.

The original version used for the navigation still a hybrid location system of odometry and radio transmitters. Odometry is a frequently used navigation method for ground vehicles and robots. The current position of the device is estimated based on the data of its propulsion system, in the case of vehicles by means of wheel revolutions. Artificial landmarks for orientation are additionally generated with the radio transmitters installed at the place of installation.

The new navigation system, on the other hand, does not require any orientation installations on site. The current STR undertakes a reconnaissance drive through its new environment before its work assignment. Meanwhile, it uses a so-called ‘Simultaneous Localization and Mapping’ (SLAM) algorithm to create a map and at the same time calculates its own position in it, starting from its original position. Another AGV, which is currently still moving over solid tracks, but is soon to navigate freely in space, is EMILI.

The SLAM maping and locating process is very similar to how a stranded man on a desert island would explore his surroundings. He only knows that he is standing where he is and what he sees around him. Only by going on exploration tours he gets an idea of ​​the more distant environment and can then begin to design meaningful routes to important destinations on his self-made map.

The environment map created by SLAM is incrementally designed, that means the STR takes in its surroundings around its current position gradually. It moves small distances, so that already mapped area and unknown new land are overlapped by its sensors. This allows it to gradually create or extend a map that has its own position as the only reference point.

The implementation of the ProGlove scanning glove makes picking processes at the DB Schenker logistics center in Eching easier and more efficient.

As a result, the Smart Transport Robot not only follows beacons that are simply installed in the room or previously stored maps. Moreover, through constant feedback loops it can respond spontaneously to unknown obstacles and avoid them.

The smart transport robot built in collaboration with the Fraunhofer Institute and the BMW Group is specially geared to the workflows in BMW Group plants and constantly adapts to the given structures. It is able to pick up, transport and relocate “coasters” loaded with car parts and place them back on the ground at the order destination. The current version manages to transport a hefty 1000 kg at a deadweight of 120 kg.

The indoor navigation of mobile devices such as AGVs, drones or robots in, for example, warehouses or production facilities is considerably more complicated than outdoor navigation. Because in buildings the GPS signal often used for determining positions is not available due to poor satellite reception.

“Challenge #IndoorNavigation: How to cleverly navigate #FTS in #warehouse.“

Therefore, other forms of navigation have to be designed in buildings, for which there are different possibilities, and in which mostly hybrids are used. It is possible, for instance, to measure the premises and save them as map material on the vehicle, or it is possible to install landmarks and certain routes within the warehouse. These options are not very flexible and associated with a great initial effort.

The orientation by means of SLAM, which simultaneously generates the map material during orientation, is considerably more flexible and thus also less expensive in use, because the self-propelled devices can very easily come to work in different or regularly changing environments. 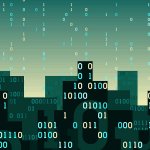 "Off to the IoT with you!" Cargo tracking for warehouse and transportation « 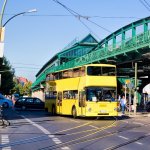