“Off to the IoT with you!” Cargo tracking for warehouse and transportation

If an item is to be represented on the Internet, at least an ID must be transmitted. This can also happen passively via barcode, so you know that barcode X passed scanner Y at time Z. Or you could use loggers, which only save their monitoring data such as humidity and temperature and which are read out only at the destination. This then serves for logging. But only when things actually can actively transmit data, we speak of the Internet of Things. And, especially for freight items, real-time tracking is attractive in order to monitor the quality of the supply chain or even the freight itself in real time. Real-time tracking makes the supply chain much more transparent and makes the cargo part of the IoT.

Of course, modern real-time tracking wants to be more than just a log of transport. Moreover, you have a permanent location via GPS, with optional additional transmission of status data such as temperature, humidity, etc. All of these are very informative data, but only a few kilobytes.

However, data transmission usually takes place via the GSM standard, which was designed for the transmission of large amounts of data such as pictures and videos. GSM needs a lot of energy for the transmission, even if only a few kilobytes have to be transmitted, as in the case of the tracker. This means that trackers that send via GSM or even GPS, have large batteries and energy that lasts only a few months.

"Survival is not a duty - but our mission" | logistik aktuell

Erik Wirsing, Head of Innovation, explains how DB Schenker develops new ideas and business models with its own digital ecosystems.

Goods are therefore mostly tracked only during global transport in real time. At the destination, they usually disappear from the IoT and into the warehouse. Although they are still passively represented in the management software via a barcode, they can no longer actively communicate their whereabouts or storage status.

Much better would be a long-term tracking over years, which would also include the storage times. The Fraunhofer IML has developed such a tracker with Telekom in the joint “Telekom Open IoT Lab”. The so-called “low cost tracker” has a battery life of two years, because the battery requires very little energy to transfer the data. At the same time, its acquisition costs are so low that even a broad deployment is possible. In addition, the built-in sensors allow movement data and temperature to be measured. The localization provides theft protection and a built-in magnetic field sensor alerts by signal as soon as the tracker is removed from its object.

Despite all the built-in technology, the tracker has a two-year battery life. The reason for this is the Narrowband IoT (NB-IoT), which transmits the tracking data. The NB-IoT is a narrowband network licensed as part of the LTE standard. It uses Low Power Wide Area (LPWA) technology to meet the specific needs of the Internet of Things. Because it is optimized for applications in which small amounts of data need to be transmitted sporadically over long periods of time.

Most devices within the IoT exchange very small amounts of data and send data only occasionally. However, IoT-enabled devices rely on a radio link that is stable even all the way inside buildings or underground. This includes the smart meter in the basement as well as the tracker in a box in a huge warehouse. With LPWA technology, devices require only little power for producing a slow, narrow-band but robust radio link that is completely adequate for their purpose. Accordingly, they can make do with the energy of their batteries.

Race for the LPWA grid expansion

Basically, several alternative LPWA technologies are currently in the race for grid expansion for the IoT. In addition to the narrowband IoT, which is part of the LTE network, there are also, for example, the open radio standard LoRaWAN or alternative providers such as the French company Sigfox, which is expanding its own LPWAN independent of the mobile network operators.

Whatever will happen the race for full network coverage in Germany, we will hear about LPWANs even more in the future. Because only with LPWAN can the promises of the IoT come true, whether in the form of smart cities, smart buildings or smart long-term tracking. 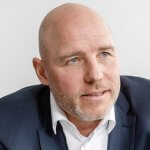 "If you want to get on board in time, you have to prove reliability" « 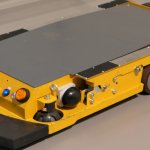