Much is talked about that our cities should be smart. The Asians are already a few steps ahead on the way to the Smart Cities. There, they are already in the process of building it. Singapore with its state-driven Smart Nation Initiative is the most advanced Smart City. But China is hot on its heels. For example, Hangzhou has a City Brain, which is made possible by the Alibaba Cloud. And this City Brain Project is already the export hit to the Malaysian capital Kuala Lumpur. Let’s have a look at the Asian Smart City projects.

Singapore is number one according to a McKinsey study of this last June, which ranked the 50 smartest cities. In 2017, Singapore was ranked number one in a study conducted by network equipment provider Juniper.

What is Singapore doing right? As a city-state and island nation with a total area of only about half of Hamburg, area growth is almost impossible in Singapore, although land is being heaped up diligently. That’s why Singapore is growing upward. However, this leads to an ever stronger consolidation of housing and traffic.

So Singapore has a strong motivation to regulate the immense traffic flows of people and vehicles with digitally optimized traffic management, and sensor data and data analysis make it possible. Already in 2014, the administration had officially launched the ‘Smart Nation’ initiative. The Smart City is state doctrine in Singapore and the only way, if the city does not want to collapse from its own attraction.

But a smart city is not just about digital transport concepts, even though there is a lot of attention paid to traffic regulations. Singapore is a pioneer in the autonomous driving of public transport. But it is also the safest city in the world, both in terms of cyber security and infrastructural security (fire, power, water, etc.) as well as in terms of crime. This is only possible through a high density of networking and intelligent analysis of safety-related devices (smart meters, fire detectors, security cameras).

It benefits Singapore’s Smart Nation Initiative to have access to an excellent, state-of-the-art digital infrastructure that is unlikely to be found elsewhere. For instance, Singapore was one of the first cities with a nationwide free Wi-Fi access. The broadband network is one of the first and best developed worldwide. Since the beginning of its tiger state development, Singapore has set the highest national priority on creating optimal conditions for a seamless digital business environment. The digital infrastructure not only attracted companies, but now also pays off when it comes to the Smart City.

The brain of Hangzhou

In downtown Hangzhou, located in Zhejiang Province, China, traffic has been optimized for more than two years using artificial intelligence. This happens on 420 square kilometers with more than 1,300 traffic lights. The AI platform used is located in the Alibaba Cloud, which also explains the choice of Hangzhou as a field of experimentation, the headquarters of the Chinese Internet giant.

For the first time, Hamburg is testing the industrial use of 5G in Germany. The high-speed transmission technology could also make life easier for logisticians.

A few days ago, the update of the project to version 2.0 was announced. Then the fire brigades are automatically informed about the infrastructure at the place of operation: the water pressure, the number and position of the hydrants, the position of the gas pipes and other information.

The City Brain is to be gradually expanded with more and more data from infrastructure and administration. Other cities are also interested in it. It was launched, for instance, in an adapted version in Kuala Lumpur last January. Also Macau is working on a modern infrastructure for a Smart City, which will then also be supported by Chinese AI. And even the Paris region tweeted in June: “Alibaba Group wants to test the Citybrain Program in the Paris Region in the fields of transport and new mobilities, which are fully in line with the Paris Region’s 1 Smart Region in Europe.”

“#Singapore is #SmartCity number 1, Hangzhou has a #CityBrain with # artificial intelligence“

Of course, Singapore already has a very advanced, national AI project called AI Singapore. However, Singapore currently holds its leading position due to its outstanding digital infrastructure. Hangzhou, on the other hand, relies on an AI that gets the most out of camera data and traffic lights, remains scalable and can also be adapted to other cities. Future smart cities will combine these two concepts by focusing on both: maximum networking as well as AI-driven data analysis! 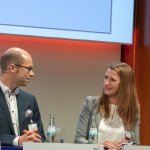 Jobs of the future – discussions at the BVL conference « 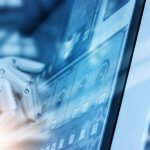