On October 23, the Hong Kong-Zhuhai-Macao Bridge was officially opened. How does it change the region and what impact does it have on transport, logistics and the economic development?

With a total of 36 kilometers of bridge system, several artificial islands and a 7-kilometer-long marine tunnel, the  Hong Kong-Zhuhai-Macao Bridge has everything a superlative building needs. It is definitely a prestige building and, at the same time, the longest sea crossing in the world, if you add all the sections to a total of 55 kilometers.

“#HongKong #Zhuhai #Macao Bridge: The longest bridge in the world will accelerate #traffic and #Logistics in the #Perl River Delta.“

The construction took a total of nine years – two years longer than planned. But what are 9 years, if you consider 55 kilometers of track length? The bridge connects the two Chinese Special Administrative Regions with the mainland: the Macau Peninsula (which until 1999 was still a Portuguese colony), Hong Kong (until 1997 British colony), and the city of Zhuhai in the province of Quangdong. The bridge is designed to drastically reduce travel time: from Hong Kong to Zhuhai, it can be reduced from several hours to just over half an hour.

And as to make everyone realize where things are heading: While in Hong Kong and Macau, there is colonial left-hand traffic, on the bridge, as well as on the mainland of China, cars are riding on the right. In addition, the bridge may only be used by those who get a badge, and badges are rare.

The benefit of the shorter travel time is not so much helping individual passenger traffic, which would lead to a traffic collapse at the ends of the bridge. The bridge was rather built for buses and freight vehicles. A construction project that would make any professional driver’s heart beat faster, also in this country.

The commuters are supposed to pass the bridge in buses which also makes it easier to control already at the bus stop who is traveling where with whom and what. After all, the bridge connects three different administrative zones with different entry and customs regulations and three different currencies.

But why is China spending $ 17.3 billion on such a large construction project, as Hong Kong had just been connected to the mainland via a high-speed train line? The mega-bridge, as well as the expansion of the high-speed rail network and airports, is a step towards the desired transport infrastructure for the planned Greater Bay Area. Other bridges will follow, other trains, too. The newly opened bridge is just one big step among many.

Above all, the less densely populated western areas of the Greater Bay Area around the cities of Jiangmen and Zhaoqing will benefit and become problem solutions for the region: they will be able to send commuters to the megacities of Hong Kong, Shenzhen and Guangzhou without aggravating the housing situation there. At the same time, this western part of the area will provide many new logistics and storage areas, which would be reasonably networked with the rest of the Greater Bay Area. 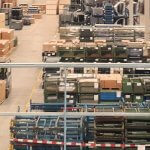 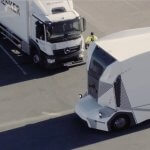