IESE Smart Cities 2018: Europe does not look too bad!

Smart cities offer their inhabitants a comprehensive ecosystem of digitized processes, services and knowledge. This includes smart traffic management as well as broad coverage through public Internet or a city administration, which makes many applications and administrative matters digitally accessible to its citizens.

However, what constitutes a smart city is something that no one can definitively determine. Also, the development is far too new for that. Consequently, the ranking of smart cities is very subjective. And what is true for rankings in general is, of course: the results depend on what is being asked. Absolute is only the question. By now, there are a number of smart city rankings and their top 20 vary greatly. Depending on whether the study puts more emphasis on absolute numbers or the relative access per inhabitant; or whether only the digital infrastructure or a somewhat broader digitalization is being measured, either the Asian mega city clusters or the western metropolises tend to be in the upper ranks.

The IESE study “Cities in Motion” of the IESE Business School of the University of Navarra was issued for the fifth time in 2018 and thus has a certain amount of experience and continuity, which makes it possible to measure and evaluate the qualities of today’s Smart Cities. A total of 165 cities worldwide were evaluated in 2018 for a total of nine criteria and their characteristics. The result may be surprising: Smartest City is New York and not, as in many studies, Singapore. Singapore is ranked 6th, behind London, Paris, Tokyo and Reykjavik.

The result should certainly please Europeans, because among the top 3 are London and Paris. And among the top 20 are even eight European cities. After all, Berlin is in eleventh place.

The evaluation included a total of nine criteria, each composed of different indicators. Criteria were: technology, international contacts, urban planning, mobility and transport, environment, administration, economy, social cohesion and human capital. These nine criteria make it clear that the authors of the study take a holistic approach and not just consider the mere technological degree of digitization. Rather, they attach great importance to how the degree of digitization impacts alongside (and on) criteria such as CO2 emissions, unemployment and educational attainment. And in this respect, old Europe looks great! 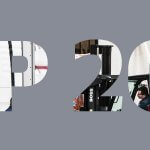 Heads, trends and logistics solutions. These were our top topics in 2018 « 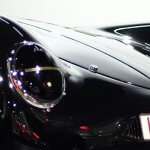