What makes a Smart City? The digital city of Darmstadt.

‘Smart City’ is today’s buzzword and trend in urban development. How do Europeans see their cities of the future? What does a smart city in Europe have to do from a business perspective? How should the digitization of European cities go on? Juniper and YouGov interviewed 12,000 people in six European countries.

First they asked what the participants understand and what they expect from a smart city. When Europeans think of smart cities, they seem to think, above all, of smart city administration. 51 percent consider improved digital access to public information and services as the key benefit of a smart city.

The study was deliberately carried out not only in large cities, but was extended to rural areas as well. The term “smart community” explicitly includes municipalities of all sizes. Especially in rural areas, digitization offers many options for optimizing everyday public life, be it in the city administration or in public transportation.

What are the set screws?

However, the questionnaire was not just about visualizing the digital future of one’s own place of residence. Another question was how Europeans imagine the process there. What are the challenges and key factors to building a working smart community? By far the most important issue (47 percent), is, according to Europeans, interoperability, ie the possibility that different systems can work together and thus be compatible. This is followed by the concern about cyber security with 36 percent. Surprisingly, IoT (25 percent) or AI (20 percent) was considered less important in building a smart community.

While the questioning of Juniper still queried the expectations and requirements of future cities, there are many projects today that are already in the process of making European municipalities smarter.

Big cities such as Hamburg and Berlin have been proclaiming smart cities for years, but sometimes it is hard to distinguish their projects from clever city marketing.

Yet it does not always have to be the big citiy: Darmstadt won a competition sponsored by Bitkom (Association of the ITC Industry) and the Association of Towns and Municipalities. Darmstadt prevailed in the final round against its competitors Heidelberg, Kaiserslautern, Paderborn and Wolfsburg. Since then, the city of southern Hesse has officially been called “digital city”. Since the beginning of 2018, many millions of state and private funding have been used to build a digital urban infrastructure. Darmstadt is supposed to become a digital model city for Germany and even Europe.

“#DigitalstadtDarmstadt – model for a European #SmartCity?“

A lot has already happened in Darmstadt: the city is equipped with a LoRaWAN network, the basic prerequisite for an IoT. Citizen participation has its own digital participation platform. Here, for example, there is the defect detection app “DA ist was!” (there is something), through which citizens can report visible deficiencies in Darmstadt and can also track the processing status, such as soiled playgrounds, full trashcans, etc. Many other projects are also in the education and health sector in planning and implementation. For a long time, Darmstadt has been known to be a science and high-tech center throughout Europe. For 20 years it is officially “Science City”, now it can also call itself “digital city”. 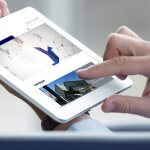 Your feedback matters: What topics do you want us to cover on logistik aktuell? « 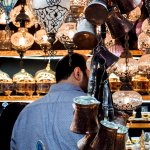