Autonomous and networked with the shipping company headquarters: This is how Rolls Royce imagines the cargo ships of the future

The special feature of the MONSUN robot developed by the Institute of Computer Engineering at the University of Lübeck is that it is capable of swarming. Consequently, the robots do not travel alone, but they perform their tasks together according to the biological model of a swarm. For this purpose, the vehicles of the robot swarm, similar to marine mammals, communicate via acoustic signals. They have to do their underwater job autonomously, because there is neither a radio link to them nor can they be located by GPS signal. This is why such underwater robots are also known as “Autonomous Underwater Vehicles” (AUV).

A total of six small propellers – four vertical and two horizontal – make the small submersible extremely easy to maneuver, allowing for rotations around the longitudinal and transverse axis. The MONSUN robots can go down to a depth of 20 meters. Maneuverability and follow-up behavior of them can be seen in this early research presentation:

Similar to flying drones, the small AUVs are perfect for inspection missions. They undertake the inspection of anchorages for offshore wind turbines, docks or ship hulls. For industrial divers such work is exhausting and dangerous. Also measurements of the water quality can be carried out by AUVs – especially well in a swam, as samples can be taken in several places.

Ultimately, any cameras and devices can be installed on the underwater robots. In oceanic research missions, the fleet optionally measures temperature, salinity and pressure of the water, among other things. The use of a whole swarm can also help to bear the failure of a single robot, because the mission can still be carried out.

“MONSUN underwater robots are #autonomous and #capable of swarming. Also the dock# in Lübeck was inspected.“

The MONSUN had their first real mission already in 2016 during an expedition to measure sea vortices in the Baltic Sea. Here, the researchers used a ‘trick’ to keep in touch with the robots: One MONSUN remained on the surface and determined its position by GPS. Another MONSUN went underwater and synchronized the same course at a predetermined depth. The two robots communicated with each other via acoustic signals.

The robots have also checked out the port of Lübeck, where the condition of the quay wall needed inspection. For this mission, the scientists simply mounted, in addition to the sonar device, an action camera and a powerful LED lamp onto the robots. The sonar in the water has a range of about 100 meters and provides rough pictures of the quay wall. However, if you want to see details in the murky water by means of the action camera, the robot – like an industrial diver – must approach the quay wall and then film it. Of course, such visual inspection is significantly shortened when a whole swarm inspects the quay wall.

Such applications are interesting for port operators as well as for shipyards and shipping companies and give hope for further progress. 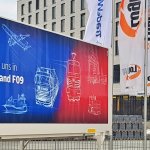 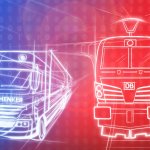