New vehicles are entering the German market: small electric vehicles such as the e-scooter, cruiser, or hoverboard. They are supposed to make short trips in the city more comfortable and quicker and thereby support the public transport system to make cities more livable in the future. In EU jargon they are referred to as Personal Light Electric Vehicles (PLEV). What they all have in common is that they are all electrical vehicles, regardless of whether or not they have handlebars or whether they have two or three wheels. And there is one other thing that distinguishes them from all other vehicles: All of these vehicles are not allowed to be used on public streets or roads.

eFloater - cruising the city of the future | logistik aktuell

The eFloater micro scooter from Floatility in Hamburg is a system solution for urban mobility. DB Schenker supports it with a special logistics solution for start-ups.

But that could change in a few weeks. The Federal Ministry of Transport is  currently finalizing the “Regulation for Devices with Handlebars and Handrails.” It will go into effect in the spring of 2019. Because the Bundesrat (Federal Council) does not have to approve it, the regulation could actually go into effect quite quickly.

In many cities in America, Asia, and in Europe as well, more and more people are using electric scooters. Systems of sharing via apps are booming. However, the number of accidents with the little speedsters has also increased.

Andreas Scheuer, the federal minister of transportation and digital infrastructure

“Micromobility, in the form of e-scooters and hoverboards, has enormous potential for the future. Together with the public transportation system, it is another real alternative to a car.”

The reason for the lack of use in Germany is primarily a technical/administrative one. Because the little scooters travel at speeds of more than 3.7 miles/h (6 km/h) they are considered motor vehicles, so they require a license. In the future, people who ride scooters will be expected to obey a certain set of rules like cyclists currently are. These are some rules by which users must abide if they are going to be allowed to use the bike path. If there is no bike path, they will be allowed to go into the street, if necessary, to avoid accidents. Also, the vehicles will have to be insured, however, neither helmets nor moped test certificates are expected to be required. And finally, users will be allowed to bring the vehicles with them when they use public transportation.

“Micromobility, in the form of e-scooters and hoverboards, has enormous potential for the future. Together with the public transportation system, it is another real alternative to a car. It is ideal for the last mile of the subway or the commuter train, or for the distance from the bus stop to the house or to work,” says Andreas Scheuer, the federal minister of transportation and digital infrastructure.

Micromobility could actually have enormous potential. “Theoretically, micromobility could impact anyone traveling fewer than 5 miles (8 kilometers). That is 50 to 60 percent of the paths traveled in China, the EU, and the US today,” according to a study by McKinsey. The management consulting firm estimates that by 2030, the European market could potentially be worth up to 150 billion US dollars.

Vehicle manufacturers, renters, users and, not least, the sharing businesses are now waiting for the go-ahead from Berlin. “We will be glad when we are able to start taking advantage of micromobility in our home country,” says Oliver Risse, CEO of Floatility. The company has developed its own three wheel e-floater, which is now in the process of being fitted for use in Europe and Asia. Risse supports the use of the vehicles: “We actually see huge potential because this type of alternative mobility can provide cities with sustainable relief.”

“Challenging #Micromobility: Germany has not approved small electrical vehicles. That will change in a few weeks the @BMVI says.“

His competitors such Bird, Lime, Flash, and Voi have a similar vision: They have already collected a lot of money from investors in order to make an impact on the German market. Just in time for summer. 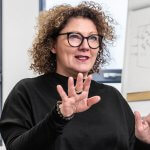 Digitization. Complexity. Diversity – In a conversation with Christa Stienen « 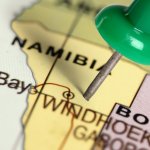