Ants are good logisticians. But the emphasis is on the plural “ants”. Because their amazing achievements regarding orientation and route optimization are accomplish by the collective. It is called swarm intelligence. Translated into computer algorithms, swarm intelligence is a powerful tool for optimizing logistical processes.

An impressive example is the foraging. Even in complex environments, ants quickly find the shortest route from the nest to the nearest food source. Even if this is not the direct way because of obstacles.

How is it done? Searching for food, the animals leave a perceptible pheromone trace. The remaining ants prefer routes with higher pheromone concentrations. Ants that have found a shorter path will return to the nest faster using the same way. They release fragrances again. Therefore, the pheromone concentration will increase faster there. The others “smell” it and will eventually form the well-known ant trail.

Tour planning with the ant algorithm

The natural, pheromone-based approach of the ants can be simulated on the computer. This so-called ant algorithm, applied to problems of route optimization, was also one of the first technical applications of swarm intelligence.

Starting point is the so-called problem of the traveling salesman. It can easily be transferred to logistic tour planning. A traveling salesman schedules appointments in a number of cities. He wants to visit every city only once and finally arrive at the starting point using the shortest possible route. Sounds simple. For small scenarios of 5 cities, it is still easy to find a solution. But with every other city, the computing time doubles. For a tour of 16 cities, there are already 653,837,184,000 different alternatives. High-performance computers manage to do just that, but we have to wait a long time on the PC.

This is where the ant algorithm comes into play: in computer simulations, randomly selected routes are evaluated virtually: the shorter the route, the higher the score. The digital ants choose, more and more, the route with the best ranking. So the algorithm does not deliver the shortest, but a very good route very fast.

Promising approaches of the application of swarm intelligence are currently also being tested in the field of city logistics.

Swarm out! Flexibility in the warehouse

The principles of swarm intelligence can be extended to other fields of logistics. Starting point is the following insight: No individual has an overall picture of its surroundings. It only responds to local stimuli including the signals of neighboring animals. This direct communication is the impetus of the self-organizing process that coordinates the collective behavior of the entire swarm.

Hierarchical control is therefore replaced by decentralized control principles. But what does this mean for transportation within a warehouse? Intralogistics solutions today usually consist of stationary conveyor systems. They promote goods, for instance, to the picking zones. The specified transport route is usually not the direct one. Moreover, such conveyor lines cannot be flexibly adapted. In keeping with the idea of swarm intelligence, the rigid conveyor systems are replaced by fleets of driverless transport vehicles. Systems, vehicles and the operator will exchange information via WLAN and Bluetooth interfaces. The decision as to which transport unit will take on a pending task is negotiated in a direct and decentral way among the components involved. Normally, the nearest transport system will take over the job.

“Learning from ants. The ant algorithm optimizes transport on the road and in the warehouse. #swarm intelligence “

In numerous research projects, such collective transport solutions for intralogistics are being further developed and made suitable for practical use. One of the best-known examples is the research on cellular transport systems at the Fraunhofer Institute for Material Flow and Logistics IML.

Based on the success of these research activities, numerous decentralized controlled networks of conveyor vehicles are now also in practical use – for example in the automotive industry. We will encounter swarm intelligence more and more frequently in logistics. 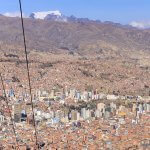 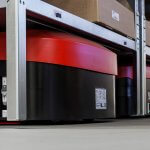