It does not always have to be autonomous taxis. When it comes to protecting mega-cities from traffic collapse, cable cars can transport people at high altitude in a very efficient, safe, reliable and environmentally friendly way. Moreover, cable cars are cheap compared to subway systems.

In early March 2019, Line 10 of the cable car system in La Paz in Bolivia was taken into operation, thus completing the largest cable car system in the world. It covers a distance of 33 kilometers and an altitude of almost 1,000 meters and took only seven years of construction. “Wow!”, as many city planners would say not only in Latin America. Especially because the metropolitan area of ​​La Paz and El Alto with a population of 1.8 million inhabitants was in a city planning impasse.

Until recently, El Alto had no functioning public transport system. The narrow and winding streets of the city center could no longer accommodate the increasing private traffic that clogged the highways. Topographically, the construction of a subway was not an option. Also, a much faster solution was necessary. In 2012, the first cable car line was opened. Now, with the operation of line 10, the existing stations are connected.

Considering the location of the two cities a cable car system makes perfect sense. It connects La Paz which is located in a canyon at around 3,200 meters with the now independent district of El Alto located on a high plateau at 4,100 meters altitude. In addition, the construction of a cable car system takes up little space. Instead of a complex road network, it requires only supporting towers. With only a few installations on the ground, cable cars can also cross narrow residential areas.

Almost silently and completely emission-free across the city

However, the 26 transfer stations definitely need space: The largest station “Faro Murillo”, which was opened in March 2019, covers an area of 10,000 square meters. Here, passengers can change to line 9 which was already opened a year ago.

The Air Metro is a blessing for the old town in the basin suffering from exhaust fumes. Every day, up to 300,000 passengers use the cable car system, which transports them almost silently and completely emission-free across the city, faster than any taxi driver could do. By car it takes at least an hour to get from La Paz to El Alto. But it takes only 17 minutes on the cable car.

Whoever thinks that urban cable cars are just a bizarre phenomenon in a Andean metropolis, is wrong. In addition to its state-of-the-art subway system, London has a cable car crossing the River Thames. It was opened in 2012. Brest has one, too. There, it is integrated into the whole public transport system. Toulouse is currently building one. Rome and Vienna are at least thinking about it. Cable car systems do not seem out of place after all! 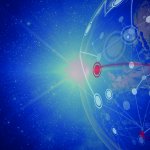 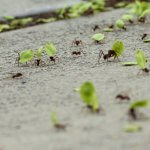