Nancy Polomsky and her 12-Tonner

Professional truck driver. A job just for men? Nancy Polomsky demonstrates that in the environment of forklifts, pallets and rustic interjections, a woman can assert herself. She has succeeded at it for almost 2 decades. The mother of two already has 18 years in the saddle. For her, driving is a dream job.

Portrait of a woman trucker on German TV

The Institute of German Business has determined that in Germany in 2018 only 2 out of 100 truck drivers were female. But still: Nancy Polomsky confirms every day that women can manage in so-called male occupations. Mitteldeutscher Rundfunk (MDR) has recently portrayed the professional truck driver in a four-minute TV feature. She works on behalf of the DB Schenker office in Magdeburg. Their dispatcher Tobias Rompf endorses her for the camera: “Very good, very reliable. One of the best.” 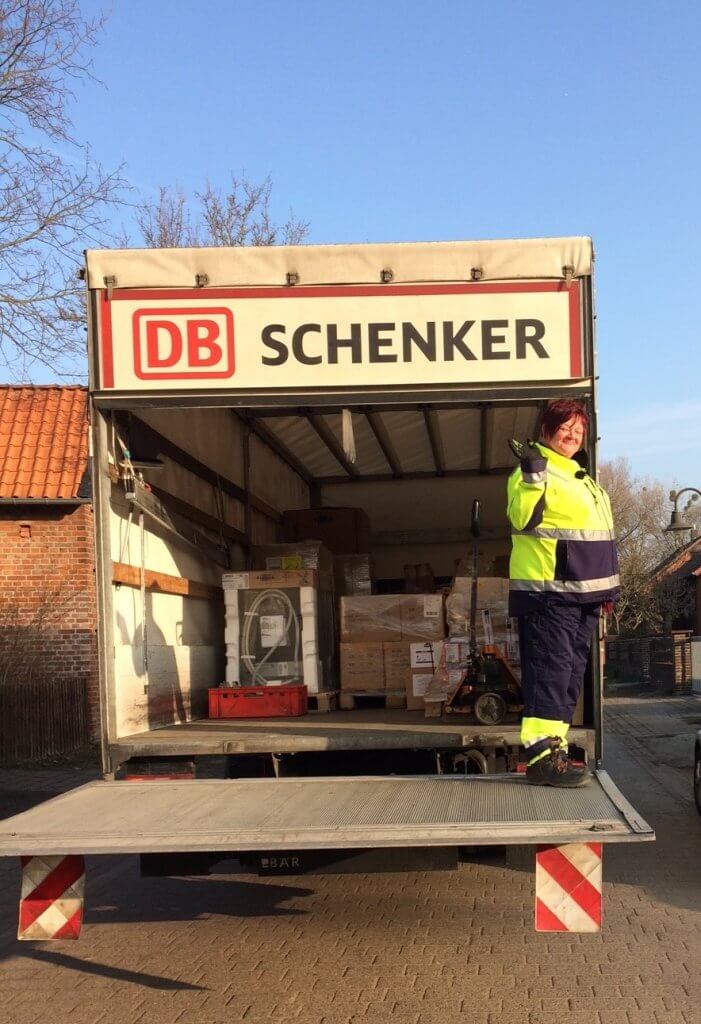 Nancy Polomsky is en route daily for DB Schenker in the 12-Tonner: „As a professional short haul driver I have a regular daily routine.“ © DB Schenker

A few days after the broadcast of the MDR article, Nancy Polomsky answered our editor’s questions.

logistik aktuell: Ms. Polomsky, for 18 years you‘ve sat in the cab and asserted yourself in a man’s world. How is that?

Nancy Polomsky: I do not see it as anything special at all. In my circle of friends and acquaintances there are a few female drivers.

What does a typical work day look like for you?

I’m in short haul. At 6 o’clock in the morning I arrive at DB Schenker in Magdeburg. Then I drive my truck to the dock. After loading it goes to Wolfsburg. That’s almost 100 kilometers. There I have about 20 loading and unloading stations every day and then back to Magdeburg. By 3 o‘clock it‘s closing time.

So that means you don’t overnight at highway rest stops?

No, that’s only in long haul driving. As a professional short haul driver I have a regular daily routine.

The MDR movie about you starts with you not being seen, but your voice is heard. And it calls out loudly: “Hey, Lazy Sock!” Was that the real Nancy Polomsky or was it staged for television?

A systematic bustle in the hub | logistik aktuell

Lots going on at the Nuremberg Hub. Every day, DB Schenker loads around 2,600 tons of general cargo there for destinations in Germany and throughout Europe.

That is very real. My foreman is called Lazy Sock. Actually Chief Lazy Sock. I announce myself to him every morning with that greeting. As a woman, you have to make yourself heard.

Do you have it easier or harder than your male colleagues?

You just have to push through and prove yourself time and time again. But that is no different for the men. The tone is sometimes rustic, but always friendly and collegial.

On my rounds, I decide in which order I will approach the loading and unloading points. I am responsible and have direct contact with the customers every day. That is fun.

In the professional world the so-called platform problem is much discussed. Long waits, bad moods and so on. What are your experiences?

The frustration at the dock is limited for me. I’m not on the 40-tonner. With one or two pallets they sometimes even let me go ahead. Whether that’s because I’m a woman, I do not know. My coworker would say to that: You get dame dibs.

Tell us something personal about Nancy Polomsky?

I don’t have any unusual hobbies. I like to cook and do really typical woman things. I do handicrafts, for example. I recently crocheted a pair of ornamental socks for my foreman. With the lettering “Lazy Socks”. Suitable to his name. 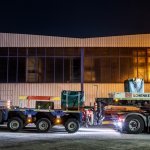 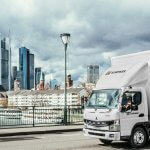