“Raise the curtain!” on transport logistics

A big entrance in perfect weather: With the T-Pod, from the Swedish manufacturer Einride, DB Schenker ensured quite a bit of excitement at this year’s trade fair for logistics and transport. The logistics experts opened the show in Germany with the introduction of the fully electric and autonomous truck. There to witness the event were Bundesverkehrsminister (Federal Minister of Transportation) Andreas Scheuer and DB Güterverkehrsvorstand (DB Board Member for Freight Transport and Logistics) Alexander Doll.
“We at DB Schenker see ourselves as pioneers of the digitized, sustainable logistics of the future,” says Jochen Thewes, CEO of DB Schenker. “Our aim is to gradually replace diesel motors with electric ones by 2030. Our partnership with Einride could possibly be a model for that.”

DB Schenker and Einride launched the installation for the first commercial use of a T-pod – an all-electric, autonomous truck

In the meantime, the T-Pod is being used daily at DB Schenker in Sweden. The vehicle doesn’t have a driver’s cab and is monitored and controlled from a distance. Because of its high load capacity and flexibility, the T-Pod makes better use of energy and has lower production and operating costs. “This vehicle is really exciting – it’s what the future of logistics looks like,” confirmed Christian Drenthen, Landverkehr-Vorstand (DB Schenker Board Member of Land Transport). The T-Pod was the most spectacular, but not the only, exhibit that impressed DB Schenker’s customers. They were also impressed by connect 4.0, the center of excellence. There, customers could learn about the land and air transport products, as well as those designed for sea transport, all of which are in the connect 4.0 family. For example, the connect 4 platform offers customers a quick and simple way to reserve smaller shipments.

The main topics of the whole trade fair, which has enjoyed increasing popularity, were digitization and automatization. In comparison to the last the last fair two years ago, the number of exhibitors increased by around about nine percent to 2374. More than half of the exhibitors came from another country.

Federal Minister of Transportation Andreas Scheuer used the forum to explain the investment plans of Germany’s federal government: This year, the government plans to invest more than 17 billion Euros into the necessary infrastructure across all modes of transport, according to the minister.
At numerous events and through countless discussions, the visitors discussed questions about the future of the industry. Representatives of DB were at many events and carried out discussions with customers, partners, and visitors from the industry. 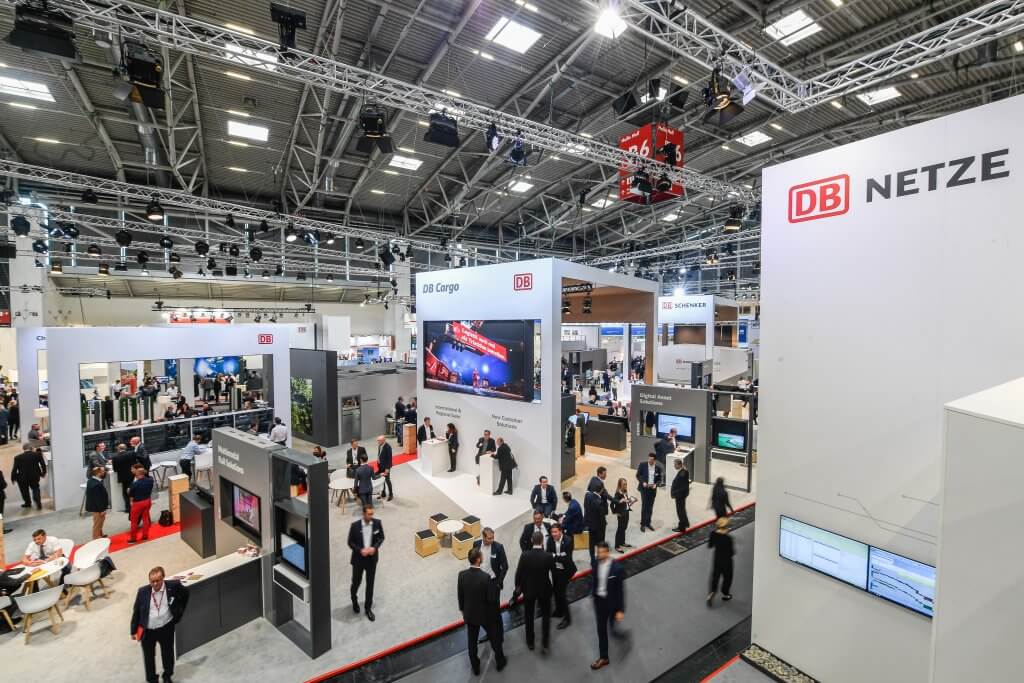 Here’s a look at DB Schenker’s current status: What DB Schenker has to offer has gotten quite a bit of attention. This year, there was a nine percent increase in the number of exhibitors over how many there were in 2017. © DB AG / Max Lautenschläger 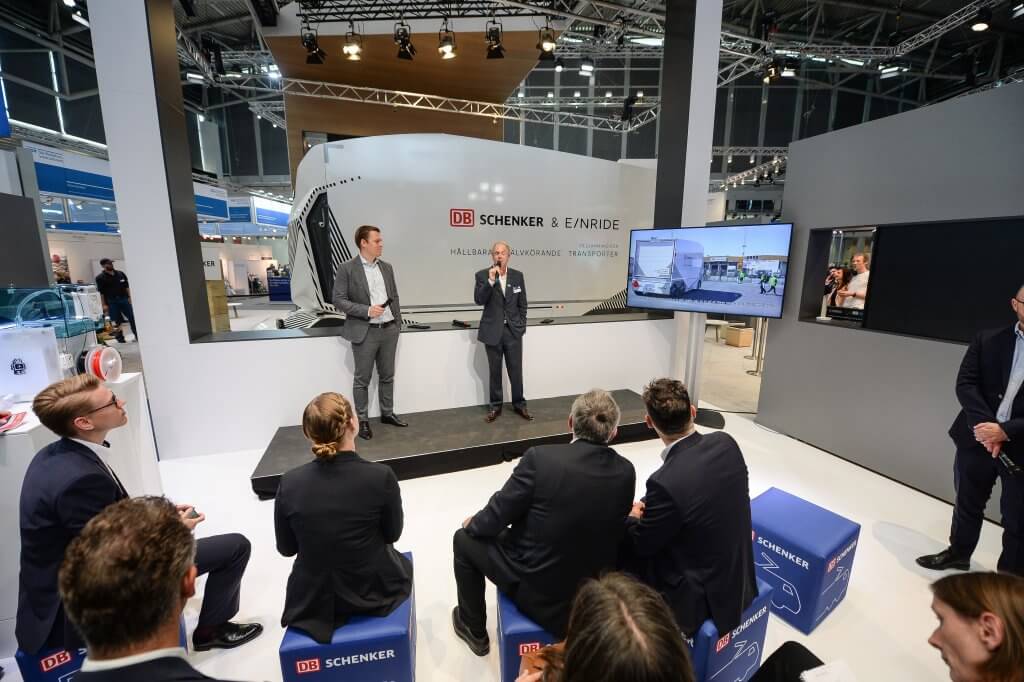 Discussion forums: The DB Schenker Management Board members sought an exchange with the visitors and explained the strategic orientation of the logistics company. © DB AG / Max Lautenschläger 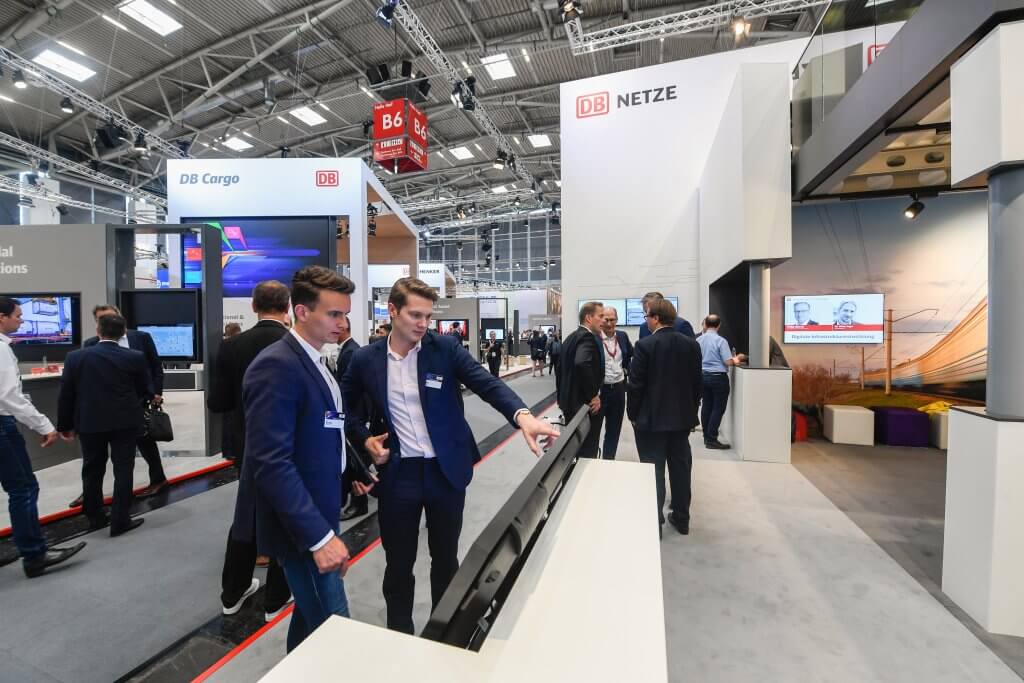 Numbers, services, products: Interested visitors, customers, and partners were being inspired by the progress DB Schenker had made. © DB AG / Max Lautenschläger 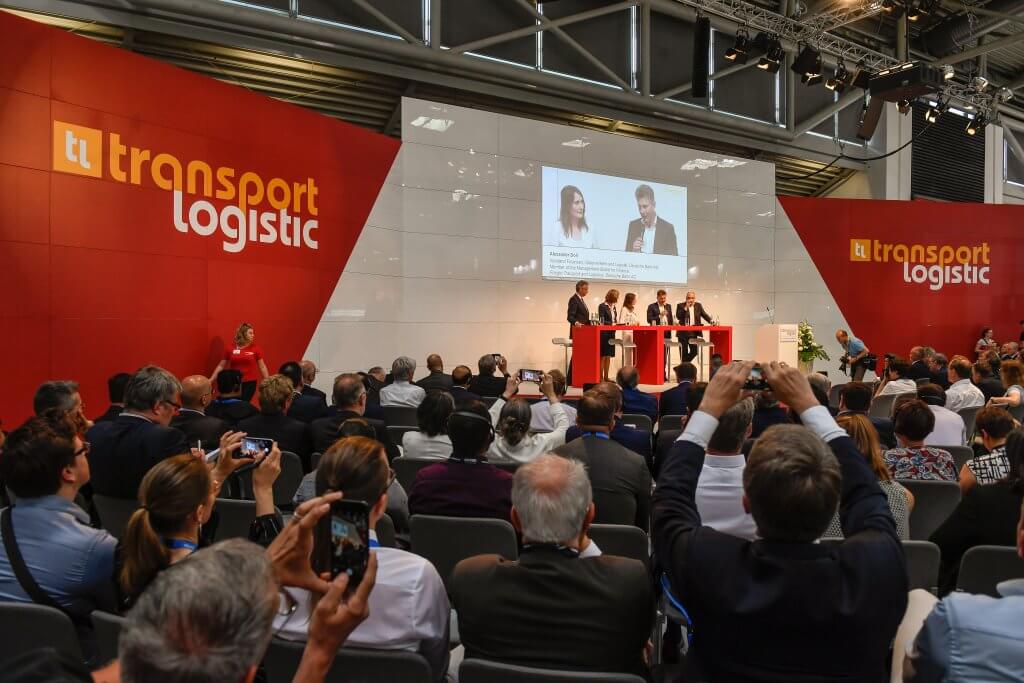 Opening discussion: From the very beginning of the trade fair, exciting questions were being asked about the global economy and the future of the logistics industry. © DB AG / Max Lautenschläger

Current developments in the global economy provided fodder for discussion among the logistics experts. Other topics included the digitization and automatization of the industry and the current shortage of drivers. Along with finding alternative transport routes between Europe and Asia, like the “New Silk Road” for example, logistics experts are also working to develop new, urban delivery concepts.

“Sensation in Germany: Presented at the #TransportLogistic2019 # DBSchenker the fully-autonomous, electric #TPod“

DB Schenker is still working hard, even after the company has reached its current high status. “We had many exciting conversations with customers today. It was an excellent way for us to get a headstart on our future,” said DB Schenker Board Member of Land Transport Christian Drenthen, satisfied.

With Brexit, trade wars, and digitization, the global economy is in a state of radical change. Is the logistics industry itself a designing force, and does it therefore have itself to blame for this situation, or has the situation itself driven the industry into its current state? What do you think? 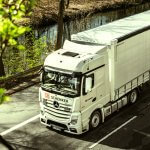 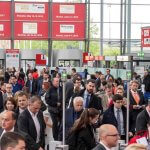