It sounds too good to be true: Soon we will float through the air, without having to worry about traffic problems and emissions, electronically, autonomously, comfortably – by air taxi. This vision is currently being sold by industrial giants such as Airbus and Boeing as well as hundreds of start-ups worldwide.

The consulting firm Hórvath counted 400 companies dedicated to the subject of air taxi. Among them, the Chinese drone expert Ehang and German start-up companies, especially Lilium in Munich and Volocopter in Bruchsal near Karlsruhe.

And they all report successes: In recent months, reports of tests, demonstrations and maiden flights are popping up. Most recently, the 300-strong young company Lilium caused a stir, whose electric jet can transport up to 5 people and will go into production in 2024.

What is the air taxi?

Almost silently and completely emission-free. La Paz in Bolivia has a new transport concept based on cable cars.

The new concepts are neither yellow nor cream. Also, there is no taxi sign. It begs the question whether these so-called taxis are taxis at all – because taxis actually pick up the customer and drive him to his destination.

In addition, the innovative aircraft from the City Airbus to the Volocopter are bound to a take-off and landing point that is either similar to an airfield or at least equivalent to a helicopter pad. Most concepts are electric drones that can transport people and fly a fixed route. So what comes along as air taxi is in truth … an airline drone.

What are the advantages of the air taxi?

The representatives of the “air taxi” give two main arguments to promote the new flying objects: they are to relieve the congested streets of the metropolises and give us a sense of freedom – a truly uplifting mobility.

Let us first consider the alleged traffic relief. Munich has the most taxis per inhabitant in Germany: 3,400 taxis (as of 2019). How many of these are replaced or supplemented by airline drones? Roland Berger estimates that by 2030, about 100 “passenger drones” will fly in Munich.

In another 20 years, demand could rise to 800 drones. Most concepts also carry one to two passengers, few plan for four to five seats like Lilium. Therefore, the argument of traffic relief should be difficult to maintain.

The flight of the whale – is the airship making a comeback in the logistics industry? | logistik aktuell

Flying Whales. Will a French company succeed to establish the airship as a heavy-duty means of transport after all?

The feeling of freedom

The second important selling point of  drones is certainly freedom: finally escape the jam and hover over it. However, the idea only lasts until companies go into mass production – the only way to become profitable.

Then suddenly dozens or hundreds of passenger drones will fly over the city. In Germany, aviation security officers will also closely regulate this airspace. From the feeling of freedom remains ultimately only the most beautiful view.

Airline drones will bring neither the freedom nor the traffic relief they promise. But they bring something different: innovation. Especially in the aviation industry there is caution and little intention to break new ground. Inventors and entrepreneurs with vision are now entering the field in the form of start-ups – and collecting money from financially strong investors such as Tencent, Daimler, Bosch and venture capitalists like Frank Thelen. This encourages and leads to the belief that innovation is possible even in highly regulated industries.

“#Volocopter, #Lilium and # City-Airbus: Corporations and start-ups have embraced the idea of the #air taxi“

The car, too, was nothing but a strange idea at first. Parts of carriages and bicycles with exploding boxes under the seat – how could they ever replace the horse? There was a lack of infrastructure, regulations, deployment scenarios. And yet it was possible to turn the general idea of ​​passenger traffic upside down. Maybe we are at the beginning of a new era of local passenger transport – it’s time for takeoff.

Would you travel with an autonomously flying “air taxi”? 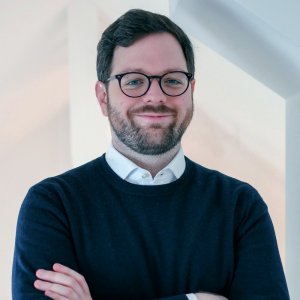 Georg Rehberger The graduated technology historian Georg Rehberger focuses on topics related to the interface of technology and society. As a concept and PR consultant at Adel & Link, he writes about digitization, software, mechanical engineering and the smart future. 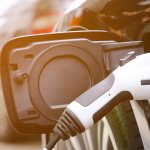 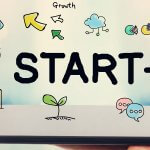