Fehmarnbelt Tunnel: Danes are about to start

Crossing the Baltic Sea between Puttgarden in Germany and Rödby in Denmark has always been possible: by boat. But already in the 1960s, the call for a stable connection was loud: A fixed Fehmarnbelt crossing is supposed to help people, cars and trains to avoid the changeover to the ferry. Various models have since been considered. The question has always been: under or above? A tunnel through or bridge over the Baltic Sea? Half a decade ago, it was decided: under. – The Fehmarnbelt Tunnel project took its start.

The Fehmarnbelt tunnel is expected to reduce travel time by around 2 hours for trains from Hamburg to Copenhagen. Even motorists are faster, because there is no waiting time in the port or transfer by ferry. For the 18 tunnel kilometers, cars and trains take about 10 minutes. Freight trains are currently being routed between Hamburg and Copenhagen on the Jutland line across the Great Belt. For them, the distance would be shortened by 160 kilometers, if they take the path through the Fehmarnbelt tunnel.

Production of tunnel elements in Rödbyhavn

But such infrastructure projects must first go the long way through the instances. Denmark has already removed the legal hurdles for construction in 2015. However, not everything is wrapped up on the German side. The planning approval procedure ended at the beginning of 2019 with the plan approval decision of the planning approval authority. Complicated words for an even more complicated procedure. Fact is: The preparation reaches its final phase in Germany. Although, there are complaints against the project, but only a few believe in a stop.

Michael Svane, Deputy Chairman of the Fehmarnbelt Business Council (FBBC) and Director of the Association of Danish Industry, says: “Although some details are still to be settled in court, it is clear to us that the Danes are fabricating the tunnel elements in Rödbyhavn and make them into a tunnel in the Fehmarnbelt.” The FBBC is an association of several German, Danish and Swedish Chambers of Commerce, Industry and Trade, as well as German and Danish business associations.

217 meter long tunnel elements are lowered into the Baltic Sea

Last year Denmark already started with the first infrastructure measures. In March 2019, Transport Minister Ole Birk Olesen announced that construction on the Danish side will start in the summer of 2019. It is not yet the tunnel itself. First, it’s about the production halls for the 217-meter-long components that make up the crossing under water. Ideally, the production line for the elements is already finished when Germany issues the last permits.

“Every step that leads to a reduction in the time to the opening of this century project is a positive signal on the way to a common integrated Fehmarnbelt region,” says Siegbert Eisenach, FBBC chairman and chief executive of the IHK Schwerin.

“The #Fehmarnbelt Tunnel is to become the world’s longest #immersed tunnel. “

Animation: Construction of an immersed tunnel

The tunnel tube will be completely formed on Lolland, pulled piece by piece on the water and sunk. The builder is Femern A / S. The state-owned Danish company has put a video on the net, which shows how to imagine the construction of an 18-kilometer underwater tunnel. It is supposed to be the world’s longest of its kind. According to the current state of planning, its commissioning is expected to be in 2028 at the earliest.

Do you think the construction of the Fehmarnbelt tunnel is correct? 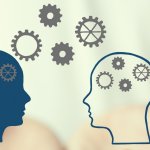 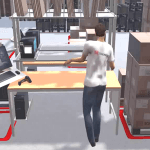