After the official authorization of electric scooters, e-scooters for short, various ridesharing service providers have kickstarted their offers in German cities in the last few days. The biggest of them, Lime and Bird, both American providers, are competing here in Germany against European providers that boast sonorous names such as TIER, Circ, VOI or Wind Mobility. But beside all the hype and the debut euphoria, an intense discussion has flared up in Germany about the benefits of the small electric two-wheelers.

In the spring of 2019, the Federal Ministry of Transport wants to pass a regulation to allow small electrical vehicles in Germany.

The fun factor is surely not to be underestimated, for local users as well as the many tourists. Who has dashed once through the city with an e-scooter knows how fun this vehicle can be. Along the Isar, the bank of the Rhine in Dusseldorf or Cologne, or even on the outer Alster in Hamburg. Riding a scooter is simply fun.

The opposers see it entirely differently. They fear severe accidents, chaos with e-scooters parked on footpaths, squares and roadsides, and an even tighter jam on the already narrow bikeways. Because that is where e-scooters are legally allowed to ride.

How is the experience after the first few days? We take a closer look:

Our first example comes from Rhineland: Cologne inhabitants may currently choose between 3 scooter sharing providers, all of which offer the same pricing scheme, the offer being otherwise the same world-wide. By unlocking the respective e-scooter in the app, a base fee of €1 ($1 in the US) is charged. Afterwards, 15 cents are charged for each minute of the trip. The cruising radius ranges from 15 to 30 miles, depending on the scooter type. Operating hours are typically from 7 AM to 10 PM. The scooters are collected at night, checked for damage and charged by the service teams of the respective suppliers, so they can be used again the next day.

The e-scooter startups have composed three strategies for further expansion in the cities, which they implement differently. Some suppliers have received Germany-wide licenses for providing their ridesharing services. As such, they no longer need to sign a contract with each city before the launch.

And yet this rather cautious approach to town officials is indeed the success criterion for suppliers. Particularly the US competitors have brought upon themselves the wrath of town officials and citizens in their homeland with their aggressive approach. There, they simply pushed the whole process at once and chaos seemed inevitable. This should not be the case here in Germany.

Beside the separate launch and joint expansion with the cities, a third strategy consists in the digital interlocking with the respective mobility providers in the cities. In Berlin, the first scooter providers are integrated in the Jelbi app of the BVG, the MVG are similarly incorporating e-scooters in their mobility app these days. In this way, the client, who ultimately wishes to get from A to B, receives the best solution suggestions for his trip, including public means of transit and private suppliers from the respective region.

In order to correctly assess if e-scooters are more than a highly entertaining bauble, we need to wait and see how safe and environment-friendly these vehicles will prove to be on the German streets in the coming weeks. With the nightly collection of the small two-wheelers, vandalism problems, such as the ones we know from the Obike bicycles in Munich, will happen a lot more rarely.

As part of the new mobility offensive, suppliers will meticulously measure how the lifecycle of e-scooters really behaves. In the US, the low-end “made in China” models utilized last just about 29 days. The local suppliers offer their own advanced e-scooter models and with their nightly, central service, are looking at a lifecycle of 3 to 4 months.

The coming weeks will show if e-scooters will indeed contribute to a decrease in the number of cars driving in the inner cities. That would be a welcome relief for both commuters and inhabitants.

Do you plan on using e-scooters yourself? 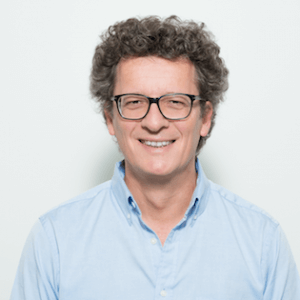 Michael Brecht Michael Brecht is a consultant on Next-Gen Mobility topics and has been publishing his own eMobility blog since 2016. He writes in international media about electromobility, connectivity, sharing and autonomous driving as well as last mile logistics. Michael Brecht is a sought-after keynote speaker, moderator and jury member at various startup events in Europe. 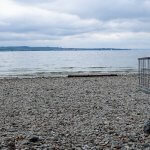 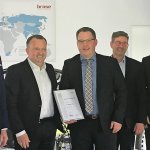