Digitalization and e-commerce in Africa: Africa makes leaps and has its first unicorn

So far, Amazon has found Africa a hard nut to crack just as much as its Chinese competitor Alibaba. After all, the (non-existent) infrastructure of the Central African states is a major obstacle for e-commerce. How to order if landline connections are missing? How to pay online when most people do not have a bank account? Jumia tries anyway and likes to call itself the Amazon of Africa.

Founded in Nigeria in 2012, Jumia is both an online retailer and an online trading platform. The company knows African infrastructure and buyer behavior better than the foreign competitors do and adapts – for example, with the option to pay cash on receipt of the goods or M-Pesa, the African digital currency. Or by recruiting its own parcel delivery service in order to be able to deliver there despite the poorly developed CEP market of some African states.

Jumia currently has 4.3 million users and 81,000 active sellers. Although these numbers are considered bloated, they are still an impressive start for Africa’s e-commerce, even after deducting 20–30 percent “embellishment”. In April 2019, Jumia went on the New York Stock Exchange. Previously, it was already the first African technology company to be valued at over US$1 billion in market value, making it the first African unicorn in the financial world.

There are also, however, other African online retailers such as Takealot.com. This South African company has been active since 2011 and is now majority owned by Naspers, the largest African media group.

Where is the Internet spreading the fastest? Definitely not Europe or USA. Not China, either, not in a long time. According to the Global Digital Report, Africa has the largest user growth rates, exceeding 20 percent annually. This is of course due to the still very low penetration. But Africa is catching up fast. At the same time, the countries are making leaps and bounds in technology, especially in sub-Saharan Africa: Mobile Only!

Namibia produces international quality beer using hops and malt from Germany. The shipments are managed by DB Schenker’s subsidiary there, based in Windhoek.

There are hardly any stationary internet connections in Central Africa. And instead of laboriously installing the necessary infrastructure, the Internet is simply used directly via the mobile network. The comfortable but expensive technology level of the landline connection is simply skipped. Leapfrogging is the name given to this behavior when one or more stages of a technological development process are skipped. Digitalization has enabled Africa and other developing regions to catch up technologically with industrialized countries, for example in the areas of IT infrastructure and cashless payments. After all, many expensive infrastructures of the developed world can be mapped directly to digital, saving the poor countries immense development costs.

Another example of leapfrogging is the mobile currency M-Pesa, which can more or less replace a bank account. This is not only practical, but a big leap in development for M-Pesa users, who could not even open a bank account because either there is no branch or their income is too low. With M-Pesa, groups of people can take part in electronic payment traffic that was previously unthinkable to them. In 2007, M-Pesa was launched by the Kenyan mobile phone company Safaricom in cooperation with Vodafone, and since then M-Pesa has become available in more and more developing countries, including outside of Africa.

In 2016, Mark Zuckerberg personally visited the Kenyan company to find out more about mobile payment. His planned digital currency Libra is in many ways just a me-too product of the successful M-Pesa.

“#Jumia wants to be Africa’s #Amazon. The #e-commerce platform is Africa’s first #unicorn in any case.“

Further information about M-Pesa and other Kenyan digital startups can also be found in this news item. Among other things, the backyard startup ‘African Born 3D Printing’, or ‘AB3D’, is producing 3D printers from the affluent scrap of industrialized countries in order to be able to locally produce urgently needed spare parts from recycled plastic. African entrepreneurial spirit!

Does digitalization help the African continent? 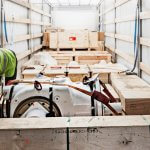 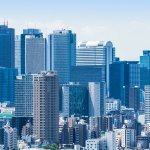