What does the status quo of Urban Logistics say about the future?

In the first part of our series “Urban Mobility Challenges”, we looked at possible urban logistics scenarios in 2030. In the second part, we focus on the latest figures on urban logistics in Germany and the forecasts derived from them. The BVL has published a dossier on this topic. In addition, we will explain why it is almost impossible to make longer-term transport forecasts.

The BVL dossier contains figures and trends on urbanization, CEP volumes and e-commerce, as well as on mobility, traffic and emissions. It is not surprising that the trends of all these areas are pointing upwards. More city dwellers, more CEP volumes, more traffic until 2030.

Thus, the KEP volume in 2018 was 3,530 million shipments. In 2022, it will be 4.330 million. At the same time, the share of shipments to private customers has risen sharply over the past ten years within the total KEP volume, especially at the expense of the proportion of B2B shipments. E-commerce, too, has developed strongly during this time.

“More CEP deliveries, fewer commuters. Is this what urban #logistics will look like in 2030?“

Real forecasts on the topics of transport, mobility and urbanization are hardly given. The focus is on the status quo. This is not surprising, because great changes are taking place in these areas of society: we are in the middle of traffic turn. For useful predictions, the unknown influences and future changes are simply too numerous.

One of the statements about current traffic is that Frankfurt has the highest share of commuters in Germany, with 65% of all employees subject to social security contributions. At the same time, passenger cars (68%) are the most frequently selected mode of transport.

The development of logistics has a significant impact on life in our cities. A Roland Berger study examines 4 possible scenarios of urban logistics.

Homeoffice law will change the lives of commuters

However, changes in traffic, digitization and politics will provide some impulses for changing commuter traffic jams. One of these will be submitted to the Bundestag this year: The Home Office Law, which is in the Federal Ministry of Labor in preparation and should enshrine a right to mobile work and home work by law. It has the potential to significantly affect commuter traffic over the next decade. Because living in the city is mostly related to work, the trend towards urbanization due to the change in traffic and digitization will also change.

According to the German Institute for Economic Research e.V., it is technically possible for 40 percent of German employees to work from home, which is also a consequence of digitization. No matter how modified the Home Office Act will be passed, it will have a strong potential to change the average commuter traffic over the next ten years: in European countries with a comparable law (Denmark, Sweden, Luxembourg, Netherlands), at least 31 to 38 percent of employees work partly from home, in the EU average, there are at least 15 percent, but in Germany so far only 11 percent.

How will inner cities change in terms of mobility by 2030? 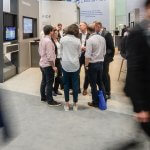 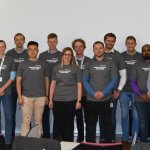