Logistics next to the gas pump: the gas station of the future

Will we soon be flying to the gas station to do our weekly shopping? A look at the Aral study “Gas Station of the Future” promises answers. It does not seem at all outlandish what researchers from the German Aerospace Center (DLR) predict, together with Germany’s leading supplier in the gas station market.

What does the status quo of Urban Logistics say about the future? | logistik aktuell

The study deals with the question of how gas stations in cities, in rural or urban surroundings, or on the motorway might look in 20 years. Despite declining population, traffic volume is increasing – whether in the countryside or in the city. For freight transport, the authors forecast particularly high growth rates. Their thesis: “By 2040 commercial vehicles will cover twice the total distance as compared to 2010.” What was 99 billion kilometers a decade ago will become 200 billion by 2040.

Generally, Prof. Dr. Barbara Lenz, director of the Institute for Transport Research at DLR, believes that “new mobility services and growing online commerce contribute to the increasing mileage”. Among the determining factors are autonomous and electric driving, individual mobility and of course people‘s consumption behavior. Lastly, logistics comes into play here. Let’s take a look at the part of the forecast that focuses on goods traffic and logistics.

More than it already does today, the gas station of 20 years from now offers consumers flexible and demand-oriented shopping opportunities. In addition, it forms the basis for what in the logistics world is called “home delivery”: While an autonomous vehicle steers the passenger towards the office, the other self-driver delivers the well-packaged goods to the family at home.

Efficient use of human and technical resources remains the alpha and omega in increasing freight traffic. Autonomous trucks commute on the highways and use the infrastructure of the gas station. The pinch point remains the last mile. The concept of the Aral study: At gas stations near the freeway, the change from autonomous to driver-guided transport takes place. People take the wheel and steer the truck through city traffic.

“#Logistik 4.0 and gas station 2040: In a future scenario for the #GasStation of the #Future, both grow together. “

In addition, there is combined passenger and goods traffic: craftsmen or nurses take deliveries for their customers or patients from parcel stations at the gas station, thereby relieving parcel service from journeys to remote areas.

Industry giants are investing millions to bring electrical innovation to market in order to relieve traffic. But can the air taxi really meet expectations?

Into the city by air taxi

There is also something new for the last mile in private transport: the fluid change from long-distance to local traffic At city limits, the gas station offers the possibility of switching from private to collective means of transport. With autonomous pooling vehicles or a comfortable premium public transport on an extra lane, commuters bridge the remaining kilometers without stop-and-go. Or with an air taxi – landing sites are definitely planned.

Pie in the sky with an authentic taste

Much of this is still pie in the sky. But it tastes familiar to us on the threshold of the third decade. “I am confident that many of the services we are imagining will be a reality in 2040,” said Patrick Wendeler, CEO of Aral AG, at the presentation of the study. And this much is clear: The growing traffic, innovative mobility trends and the resulting additional customer needs open up new opportunities not only for the logistics industry, but also for the gas station business.

Will the gas station gain importance in the future? 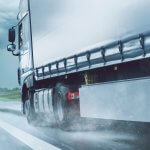 The goal is weatherproof transport chains « 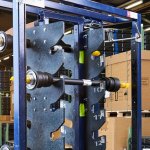