Kirk, Spock and McCoy in the warehouse

In Leipzig, DB Schenker is using artificial intelligence for the first time to make logistics processes more flexible. The three colleagues traversing the storage facility are known as Kirk, Spock and McCoy after figures from the Star Trek series. The three vehicles – which are autonomous, driverless as well as quite independent in other ways – supply selected packing stations with pre-prepared folding boxes.

With this, the logistics service provider is testing the behavior and use of the robots in its day-to-day operations. The robots are already performing an important task in order picking – and will potentially be doing even more soon. It is conceivable that they will fulfil additional supply tasks, empty runs or be directly connected to the conveyor belts in order to directly move goods on to or from the belt.
“We want to offer our customers strategic advantages in a digital environment which is becoming ever more complex. This is why DB Schenker is also taking innovations on board from visionary start-ups,” says Xavier Garijo, Director of Contract Logistics at Schenker AG. “Automating logistics and warehouse operations lays the foundations for the next generation of supply chains.”

The exoskeletons are coming: Robots to wear? | logistik aktuell

Exoskeletons are becoming more mature and are now also entering the working world. An example application in warehouse logistics.

DB Schenker is currently using the robots in the Leipzig storage facility in order to automate and speed up routine activities in the shipping sector. This allows employees to devote themselves to more complex tasks. Once the project has been completed, DB Schenker wants to potentially carry out further projects in order to drive forward the use of automation in the storage facility. After all, this offers great potential in terms of being able to react quickly and flexibly to customer enquiries.

The pilot project sees DB Schenker collaborate with Gideon Brothers. The Croatian start-up company develops autonomous mobile robots which rely on stereoscopic cameras rather than lidars to navigate and ensure safety. The autonomous logistics robots use artificial intelligence to create and store a map of the environment and can safely avoid both employees and stationary obstacles and ground transport equipment.

Kirk, Spock and McCoy are equipped with a quick-change battery system that minimizes the downtime caused by charging. The robots can deal with loads of 800 kilograms and can cover up to two meters per second.

However, it is not just the technical introduction of the equipment which is critical in bringing the pilot project to a successful conclusion, but also the involvement of the employees. Continuous communication and information events have dispelled concerns among DB Schenker employees. New developments are directly and immediately communicated to all affected employees by the project team. It was also the employees who decided upon the names of the three vehicles on site.

Initial successes are already visible: Just a few weeks after the project launch, the pilot test was extended to include numerous additional loading and unloading points. The flexibility of the system is demonstrated by this expansion as well as by the regular fine tuning being carried out by DB Schenker employees on site. During the first month of the pilot test, each of the robots covered a distance of around 26 kilometers per week. The results of the pilot project will be evaluated in detail following its conclusion.

“We shouldn’t humanize robots too much” 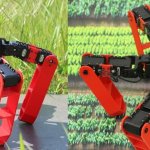 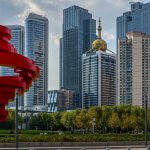