“The turning point in shipping”

The world’s largest diesel engines are used on cargo ships. They are as tall as a four-story apartment building and wider than the world record for the women’s long jump. This is at least 7.52 meters. The exhaust gases from these power packs with 100,000 and more horsepower are considered to be harmful to health and the environment, not least because of the sulfur oxides. That should improve.

On January 1, 2020, a rule came into force that people in the field call IMO-2020. To be a bit more down to earth, you could also call it “Breathe deeply in the new year.” Worldwide, ships’ fuel may only contain a maximum of 0.5 percent sulfur. The previous standard was fuels with an upper limit of 3.5 percent sulfur. This was so-called heavy oil or marine residual oil, which is obtained from the processing of petroleum. The new limit values promise higher air quality, which is particularly welcome near the coast and port.

Small pieces of cargo go on long sea voyages with shipments from other shippers. The logistics product is called Less Than Container Load (LCL). A visit to DCP in the Port of Hamburg

Shipping companies essentially have three options for the changeover. In the future, the vast majority will rely on Low Sulfur Fuel Oil (LSFO) with 0.5 percent sulfur. In Germany, one in ten shipping companies continue to fill up with heavy oil, so far the most frequently used. However, this is only permitted if the ships use so-called scrubbers for exhaust gas cleaning. Two percent of the German fleet operates on liquefied petroleum gas (LNG).

Some ships use diesel with an even lower sulfur content of 0.1 percent anyway. This means that they meet the requirements that have been applicable to designated regions since 2015. These “emission control areas” include the North and Baltic Seas as well as the northern coasts of the USA and Canada. For all other areas, IMO-2020 now applies with 0.5 percent.

“The IMO has set itself the goal of reducing greenhouse gas emissions from international shipping by at least 50 percent by 2050.”

The International Maritime Organization (IMO), a sub-organization of the United Nations, is responsible for the introduction of the new rule. It is the global standardization authority for shipping worldwide in matters of safety and environmental protection. When it comes to ecology, the IMO does not see the end of the smoke trail by far with the new sulfur content regulation. For its Secretary General Kitack Lim, IMO-2020 represents an intermediate step on the way to environmentally friendly and climate-friendly ocean freight. Back in October, he confirmed: “The IMO has set itself the goal of reducing greenhouse gas emissions from international shipping by at least 50 percent by 2050.”

“Less sulfur dioxide in the exhaust gases from ships. #IMO2020 “

The Association of German Shipowners (VDR) sees the end of heavy oil as a “turning point in shipping”, says Ralf Nagel, executive board member. “It is extremely important for us that IMO-2020 is a worldwide regulation, everyone has to implement it.” The economic effort is considerable: Nagel speaks of a “financial effort that each individual shipping company had to make in view of the conversion.”

It remains to be seen how IMO-2020 affects freight rates in inland, coastal and maritime transport. Hapag-Lloyd, with a fleet of 237 container ships, expressed themeselves in a press release at the end of October 2019. “The switch from heavy oil to low-sulfur fuel will inevitably lead to higher fuel prices in the short term,” said CEO Rolf Habben Jansen. In order to cushion the additional costs, the shipping company wants to introduce a surcharge for transports in daily spot business. Long-term agreements (tender business) should not be affected. 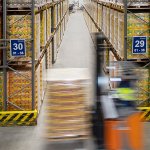 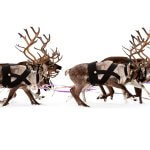