Cooperation and technology: Lessons to be learned from CES 2020

The Consumer Electronics Show (CES 2020) in Las Vegas is one of the most important trade fairs for the large technology companies in the world. Around 4,500 companies from various industries presented their innovations and ideas in early January 2020. It’s not just about technical progress. The fair has also become a platform for new developments in the economy. This affects logisticians in particular. As important customers and early adopters of technical innovations, they are always looking for new technologies and products to make global supply chains even more efficient.

As in previous years, autonomous vehicles were an important topic at this year’s CES. Technology is still in its early stages. But step by step, companies are approaching solutions to be used in the future.
It is still not clear whether laser-assisted LiDAR sensors or cameras will prevail on the market for autonomous vehicles. The Chinese company RoboSense, for example, presented very smart LiDAR sensors that will in the future be able to perceive and analyze the environment in self-driving cars. RobSense has been awarded the CES innovation prize for self-driving vehicle technology. But Mobileye, a subsidiary of the chip manufacturer Intel, also presented autonomous vehicle technology at CES: the vans orient themselves in the tangle of streets in Jerusalem – with the help of cameras.

DB Schenker played a key role in shaping the transport logistic 2019 trade fair with its products and active participation in the discussions.

Biometric connection with the vehicle

Autonomous technology is further developing mobility in another respect: instead of traveling, the “entertainment experience” in the vehicle becomes more important. Cars will soon no longer differ in performance and control, but will automatically flow in traffic. This means that entertainment and service options in the car decide when to buy a vehicle.
Mercedes-Benz was therefore inspired by director James Cameron for its latest model, the VISION AVTR. A gigantic 3D display makes it possible to enter into different worlds while driving.
But the real highlight of the VISION AVTR is: The steering wheel is missing! The driver steers the car via intuitive movements using a control element in the center console. Vibrations in the seat make the driver more aware of his heartbeat and breathing – thus, the driver enters into a biometric connection with his vehicle. In the future, drivers will be able to react faster and more intuitively and steer even more safely through increasing traffic. 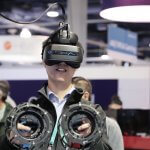 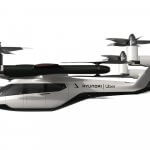 This is the air taxi that Hyundai and Uber presented at CES2020. © CES 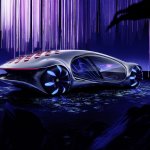 Spectacular: The Vision AVTR at the CES2020. © CES

The electric car Vision-S, which is said to drive at a maximum of 240 kilometers per hour, was a true surprise. 33 sensors support the control. Large displays and constant networking increase driving pleasure. Especially the cooperation between the entertainment group Sony and the suppliers Magna Steyr, Bosch and Continental is amazing.

Automobile manufacturing is no longer just a matter for car companies. Non-industry companies can also gain access to customers. It is quite conceivable that Sony, as a successful tech group, will build vehicles together with smaller manufacturers in the future.
Another cooperation also caused a sensation: between a car manufacturer and a representative of the platform economy. Uber and Hyundai have developed an air taxi that they want to use by 2025 at the latest. The drone vehicle is a mixture of aircraft and multicopter and will be able to be booked with UBER as an autonomous personal air vehicle (PAV) in large cities.

“Sensors, autonomous vehicles and collaborations that can revolutionize production and logistics – we logisticians learn at # CES 2020.“

And now a step further: soon, there will probably be new suppliers on the commercial vehicle market soon. Uber, Amazon and Tesla were just a foretaste with their announcements to build trucks. That also affects the supply chains of traditional manufacturers and industries.
“This trade fair has become increasingly important – for us as logisticians too,” says Erik Wirsing, VP Global Innovations at DB Schenker. “Our world is changing rapidly – new technologies and partnerships are changing our economy. We will experience a lot of exciting things!”
For logistics, the insight of this year’s CES is: to act even more flexibly, to cooperate even more with partners – and, above all, to be more open to new things.

More and more companies are presenting their innovations and ideas in the field of mobility at the CES in Las Vegas. Does that make sense for you? 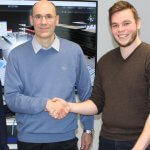 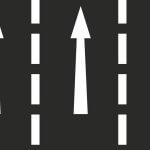