As there are only few passenger flights since the outbreak of the corona pandemic, the worldwide capacity for air freight declined considerably. In order to be able to import large quantities of medical goods from Asia nonetheless, DB Schenker set up a daily “China Shuttle” between Shanghai and Munich: Three airplanes of cooperation partner Icelandair take material from China to Germany now.

DB Schenker, Porsche and Lufthansa Cargo support Germany during the coronavirus crisis: They are supplying protective equipment from China.

“Where there is a lack of capacities, we fill the gap. With the China Shuttle, DB Schenker also further expands on the global supply network against corona,” says Thorsten Meincke, Executive for Air and Sea Freight at DB Schenker. “With these additional flights, we demonstrated our ability to act flexibly and within a very short time in this crisis.”

Result of a good cooperation

Already in April, DB Schenker mobilized three full charters of passenger planes of Icelandair for transports from Asia to Iceland. The very successful cooperation now induced the logistics provider to exclusively use no less than three of Icelandair’s machines for several weeks.

DB Schenker and Icelandair deploy three Boeing 767 passenger planes that were converted specifically for this purpose. Since the demand for cargo planes currently is very high around the globe, the temporary conversion of passenger planes is worthwhile for getting a higher transport capacity “off the ground.” Thus, Icelandair staff members removed all passenger seats – this way, more than 200 cubic meters of cargo space were created in the fuselage and passenger deck.

Also, a logo of DB Schenker was placed next to the one of Icelandair on the outer hulls of the three planes. For the first time, the DB Schenker logo can be seen on a plane – this is a historical first.

DB Schenker’s China Shuttle particularly appeals to customers who, in order to oppose the spread of the coronavirus, want to import medical equipment such as masks or protective gear from China. It takes five to seven days for the cargo to be delivered to the destination.

“Fight against #corona: #DBSchenker makes room for air freight from Asia with the China Shuttle. 45 machines are planned.“

The first flights of the China Shuttle this week already took dozens of tons of medical goods to Europe. Further bookings for several thousand cubic meters of cargo have been placed. For starters, 45 flights of the Shuttle from Shanghai to Munich are planned, 12 rotations per week in full operation. Expanding the shuttle and additional connections are in preparation – for instance twice per week to Chicago. 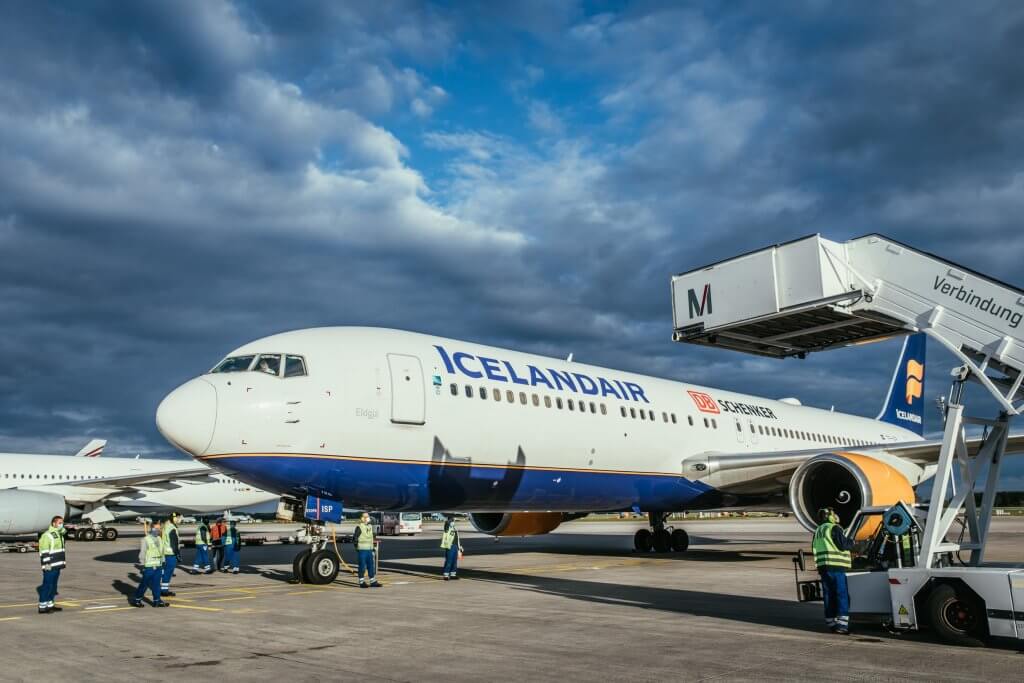 Icelandair’s Boeing stands for conversion on the ground. © DB Schenker 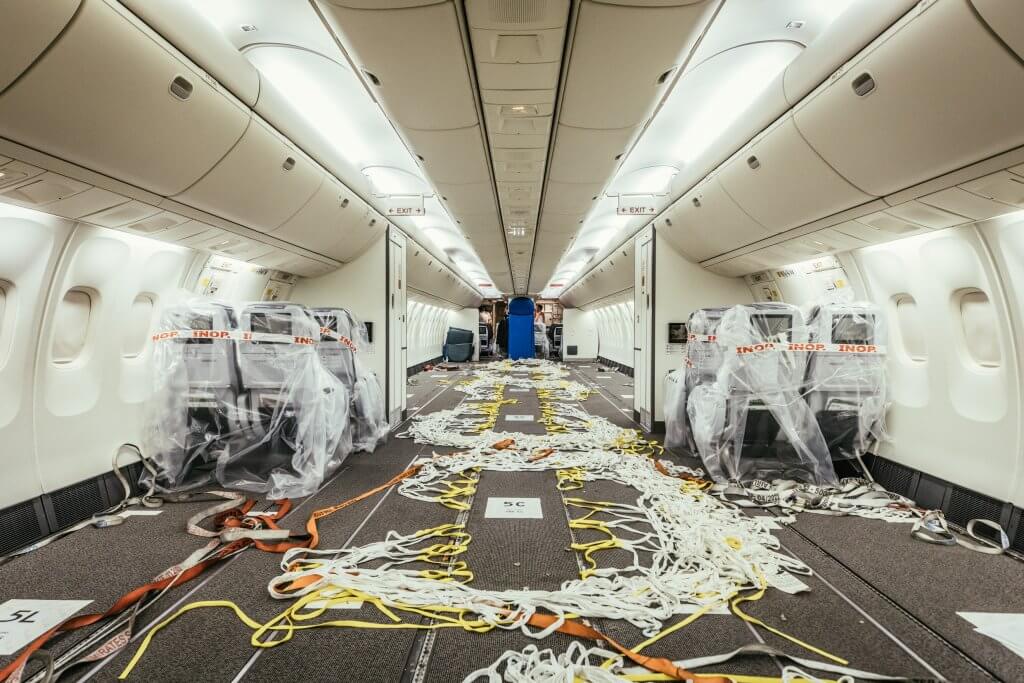 The passenger deck has been almost completely cleared of seats. © DB Schenker 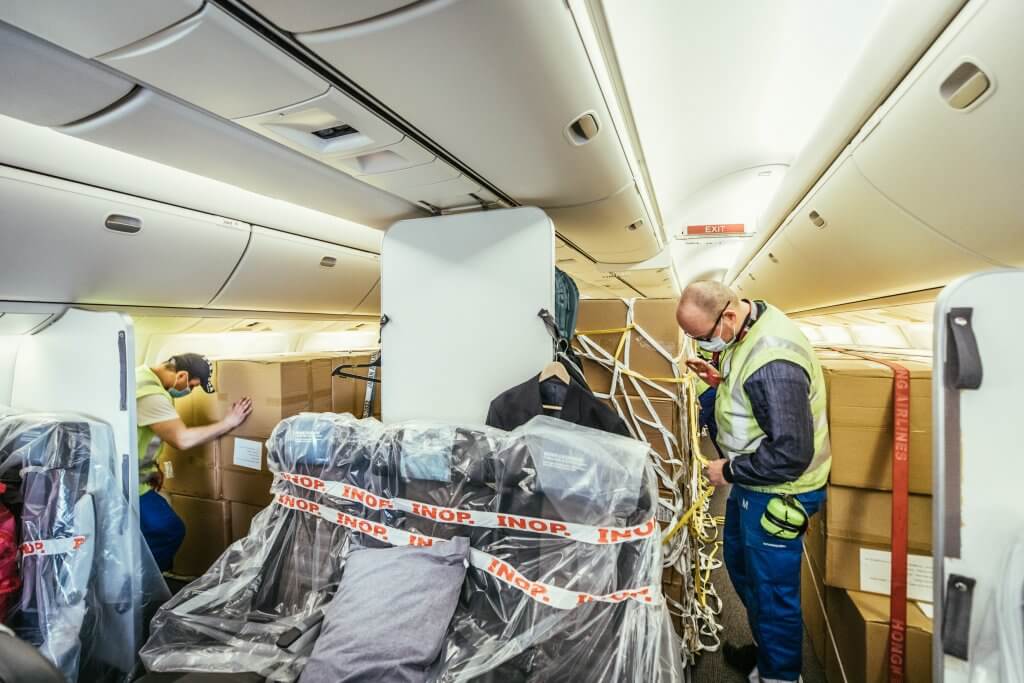 The first boxes of medical equipment are brought into the cabin and stowed away. © DB Schenker 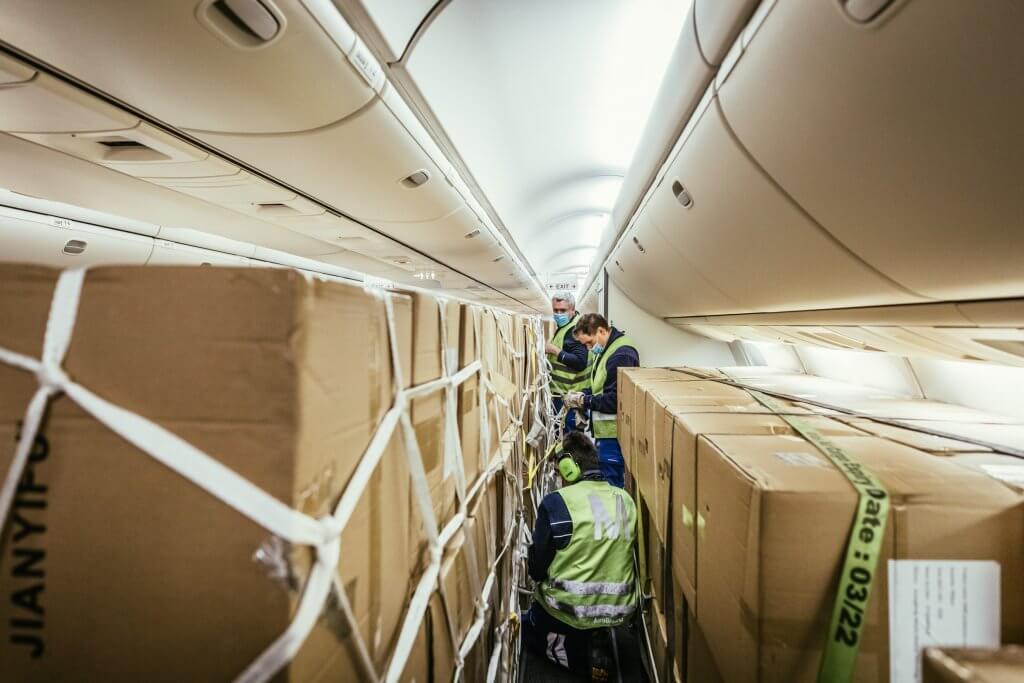 Securing cargo is the be-all and end-all for safe transportation. © DB Schenker 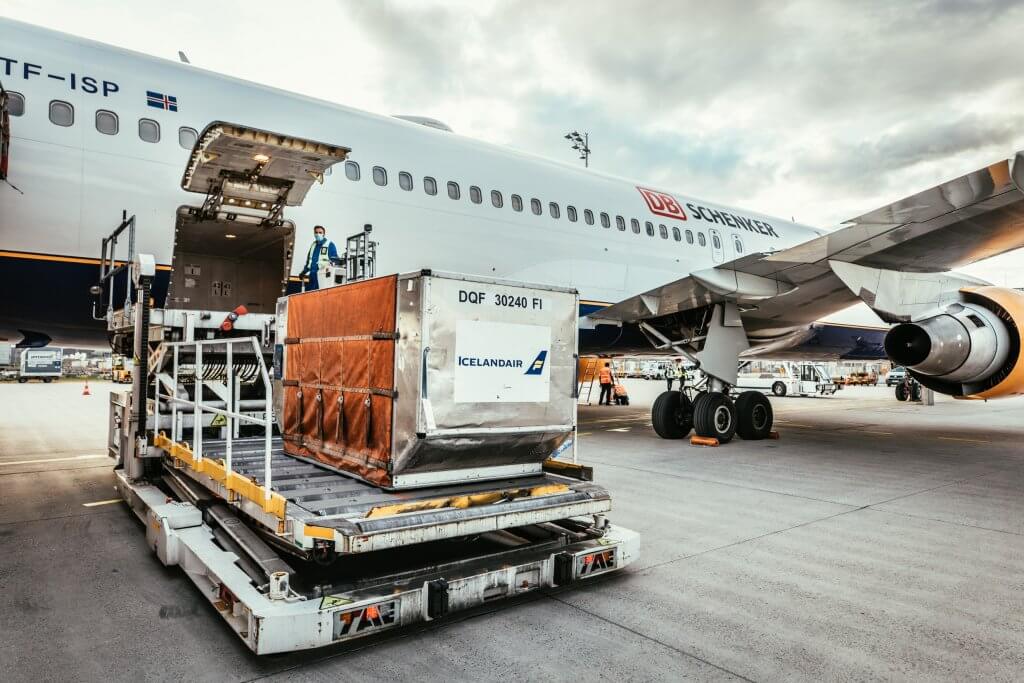 Freight is also loaded in special containers in the belly of the plane. © DB Schenker 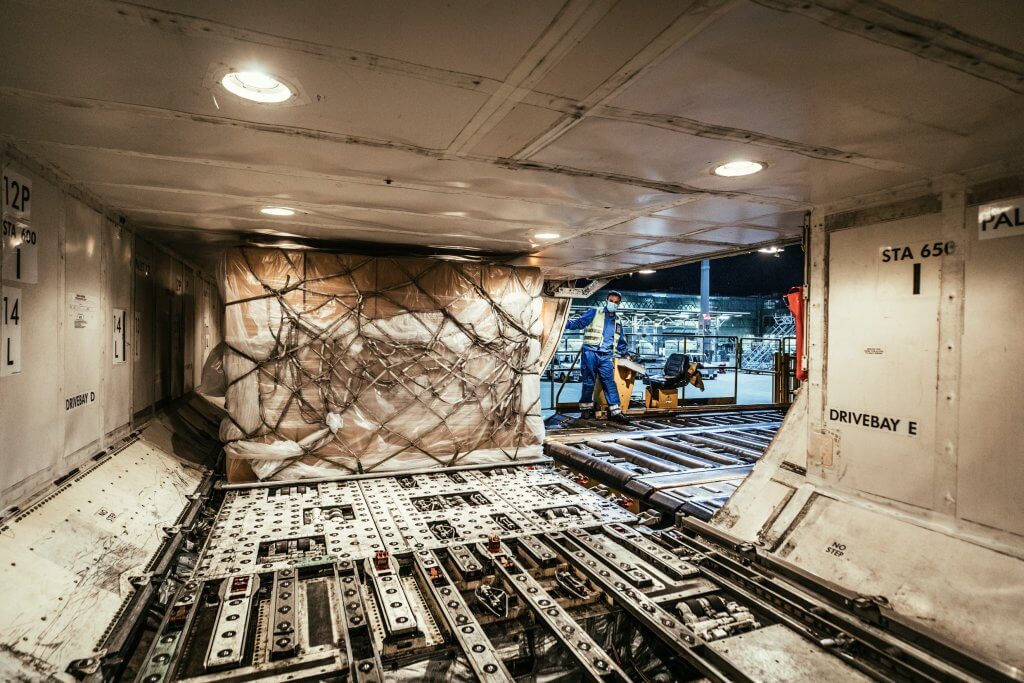 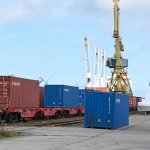 A bridge between the continents: Medical supplies for Europe « 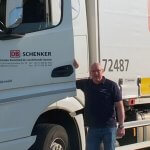