U5 construction in Frankfurt: Heavy logistics in the heart of the city

Stefan Kümpel is not someone who is easily impressed. But the sight here in Frankfurt am Main deep below the earth’s surface takes even his breath away. “With many tons of concrete suspended above you on the ceiling, it certainly creates a queasy feeling,” says Kümpel. Over recent months, the project logistics expert from DB Schenker has repeatedly gone down into the tunnel to check admiringly on progress on Frankfurt’s biggest building site. And no wonder! After all, it’s not just any building site. It’s also his!

“We do what nobody else wants to do, because it’s so complex.”

But let’s start at the beginning: it’s all to do with an extension to the U5 metro line. Within five years it’s due to be already taking thousands of passengers a day from central Frankfurt to the Europaviertel district. The new Europaviertel will thus finally be connected to a fast transport system.

7,500 lining segments for the tunnel

To create the tunnel a gigantic boring machine is pushing it way west below ground. While the machine bores its way forward, behind it pre-cast concrete lining segments nuzzle up to each other against the tunnel wall to provide protection from falling rock. One ring-shaped lining segment is made up of six elements. Around 3,500 such lining segments are due to be fitted in all.
The concrete elements are being made by Betonwerk Rekers. The SME business is one of the leading companies in the concrete and pre-cast components industry in Germany and is producing the lining segments at its main works in Spelle.

Handling at the airport

The concrete parts are loaded there onto a train. It then brings them to Frankfurt am Main Airport, more than 300 kilometres away. 30 elements fit on each of a train’s 15 carriages. At the airport employees of DB Schenker Airfreight Frankfurt Airport Office take over the cargo, unload it and temporarily store it. Then, from Mondays to Fridays two trucks carrying six lining segment elements set off and bring them to the building site 18 kilometres away in the heart of Frankfurt. “Rekers let us know when the trains will be running. We then have one week for our planning,” says Kümpel.

The train has arrived: Yücel Temirci of DB Schenker goes along the carriage and removes the ties securing the load. © Michael Neuhaus/DB Schenker 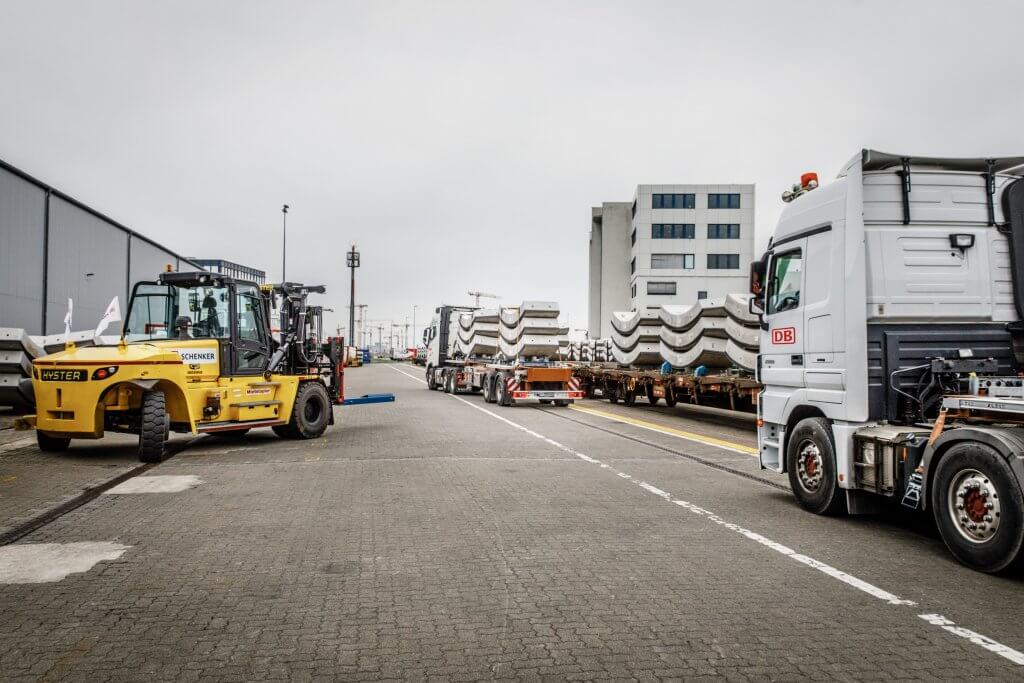 The DB Schenker staff use the forklift to lift the concrete parts onto the waiting truck. © Michael Neuhaus/DB Schenker 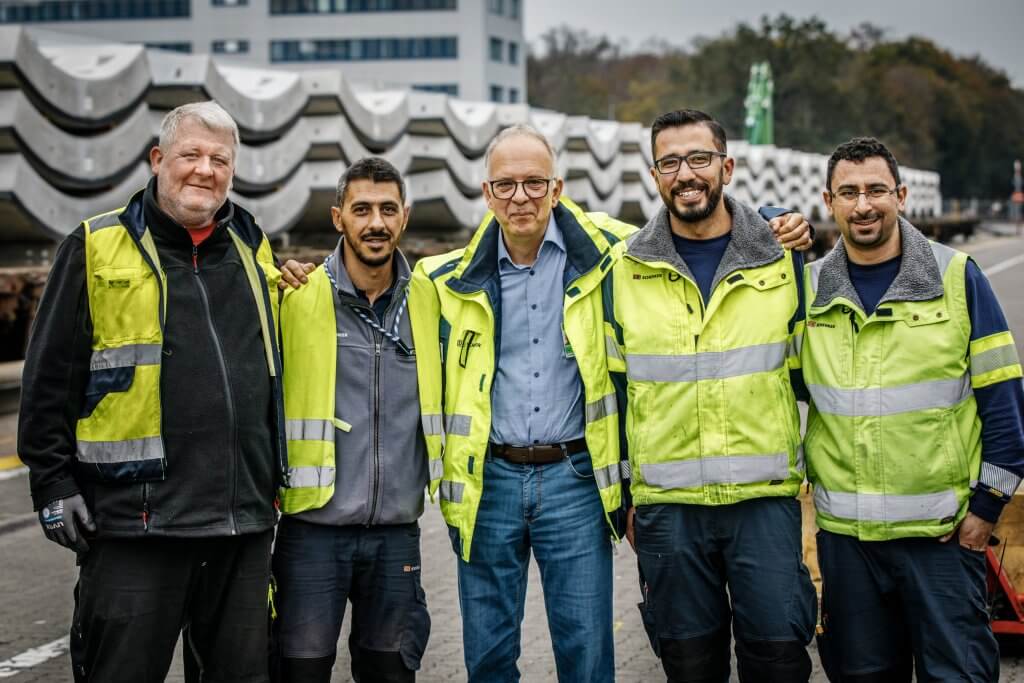 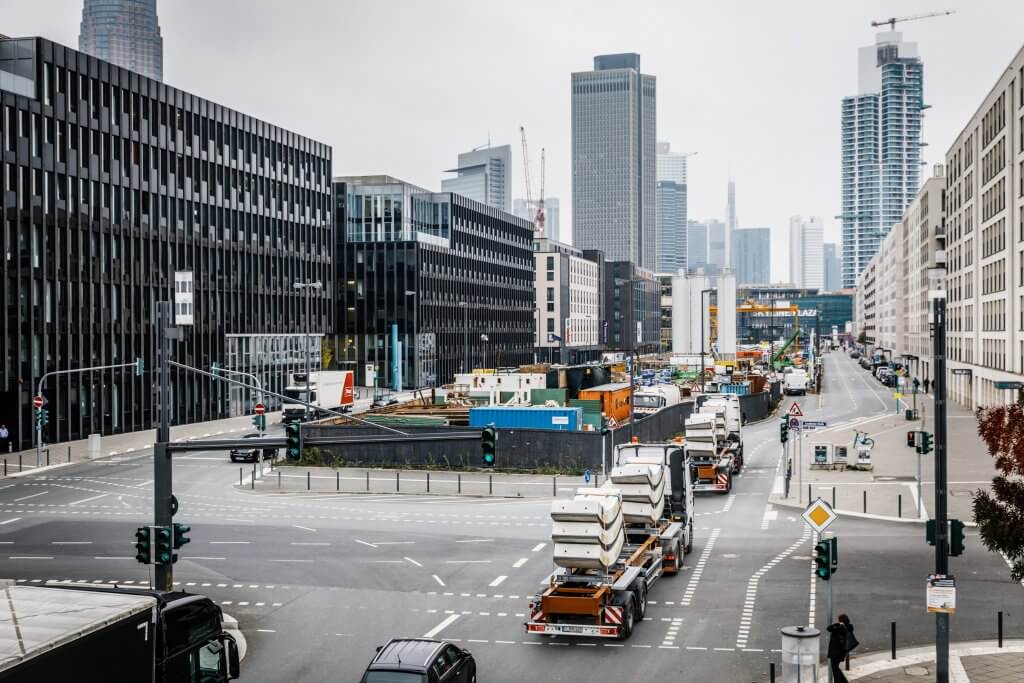 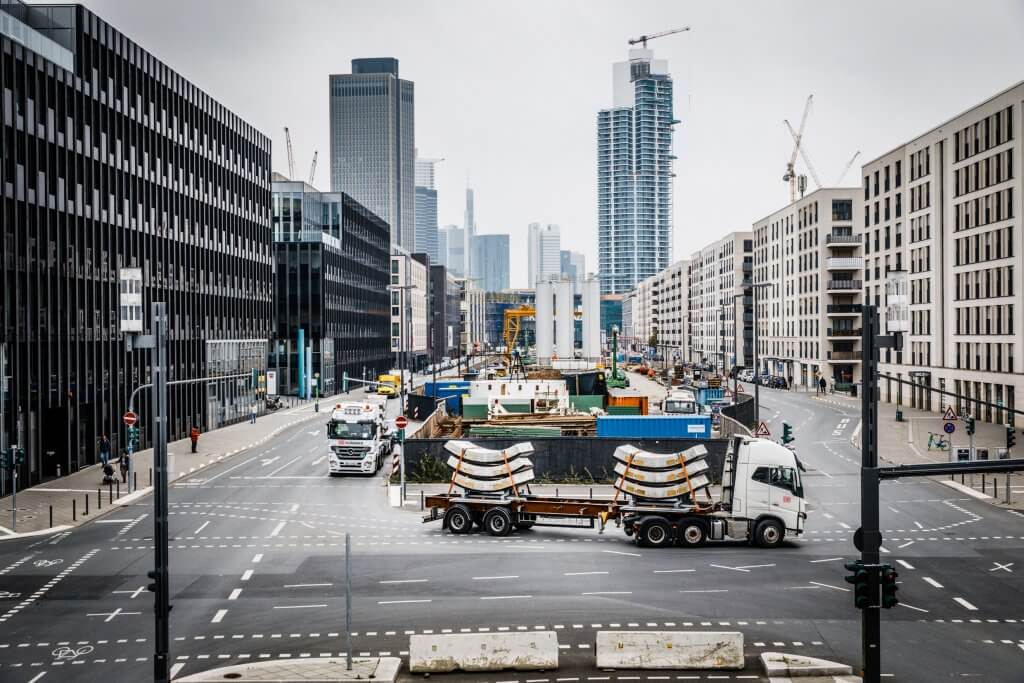 At their destination: the two trucks with the elements that weigh tons reach the construction site in Frankfurt city centre. © Michael Neuhaus/DB Schenker

Buffer store on the building site

As there is very little room on site, the deliveries have to go like clockwork. DB Schenker stores 360 lining segment pieces on the airport’s railway sidings. With this buffer store the logistics firm is able to keep the building site supplied for up to ten days. At the delivery point the construction elements are unloaded, put onto trolleys and then automatically conveyed into the shaft. In order to rule out any delays on site, the construction company has also set up a further emergency store there. It holds up to 50 rings at the ready. “It’s a fantastic assignment – which we are working our way through hand in hand with our colleagues from the Frankfurt airfreight office,” says Kümpel.

When it comes to transporting heavy loads and project logistics it’s always a case of tough jobs and extraordinary projects. “We do what nobody else wants to do, because it’s so complex,” says Kümpel. Qualified in transport operations, he has worked for many years in the Heavy Loads department at DB Schenker.
The lining segments are real lumps: each ring that will later line the tunnel weighs 13.8 tonnes. If the rings are transported by truck right through the centre of the city, the total weight is about three tonnes above the permitted 25. “In this way we were able to halve the number of truck journeys through central Frankfurt,” says Kümpel. Instead of 6,000 journeys all that is needed now is 3,000.

But things are rarely as simple as they sound: “For the approval we needed a plan for securing the load that had to be corroborated by an independent expert,” says Kümpel. Kümpel and his colleagues utilised all their know-how. They were able to get two routes approved in order to take the heavily laden trucks right through the centre of Frankfurt.

“On we go with the U5 in Frankfurt am Main: logistics for the region’s biggest building site. #dbschenker @vgf_ffm #Europaviertel“

When the tunnel boring machine broke down, the transports were stopped for many weeks. For Kümpel, however, it was no reason to get agitated: “On such a big project you’ve got to be ready for anything,” he says. Now the machine has been boring away again since 16 June. The first few trains are running and the first trucks have also set off for the construction site. Kümpel too has been to the site again. Well, the lining segments in the tunnel are more impressive than on the trucks. 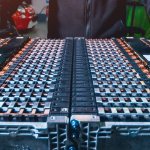 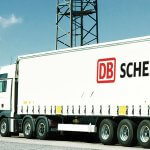