Even a bit bigger: Container ships are growing and growing

The largest container ship in the world recently visited the port of Hamburg on its maiden voyage and was anchored there for three days. With a cargo capacity of 23,964 TEU (20-foot standard container), HMM Algeciras surpasses the previous record holder, MSC Gülsün, by more than 200 TEU. During her first visit to Hamburg, HMM Algeciras unloaded and loaded 8,500 containers. Around 15 percent of these were managed by DB Schenker.

The 400 meters long and 61 meters wide ship belongs to the South Korean shipping company HMM (Hyundai Merchant Marine). The HMM Algeciras is the first of 12 planned identical ships. They are being built by Daewoo Shipbuilding & Marine Engineering in South Korea. The ship is named Algeciras after the Spanish port city near Gibraltar. As one hears, there will soon be an HMM Hamburg.

Advantages and Disadvantages of Giant Ships

In ocean freight, DB Schenker moves between shippers and shipowners. Some are manufacturers or dealers, other shipowners. Shippers who do not handle their own shipments commission DB Schenker as an ocean freight forwarder, i.e., as an intermediary. This controls, among other things, the transport of the containers to the ship and the removal from the destination port. In addition, DB Schenker organizes the merging (“consolidating”) of shipments if the goods of a single customer do not fill the container.

“We are diversified and flexible, which is why we can compensate well for any fluctuations.”

“On the one hand, we welcome the fact that shipping companies are using ever larger ships to make transport across the oceans more economical by bundling volumes,” says Hans-Thorsten Lanfermann, Head of Ocean Export DE/CH.
However, the sea freight expert also sees the disadvantages of the growth in size: “On the other hand, this means that fewer ships will set sail and fewer departures will be available. This reduces our flexibility with regard to the demands of our customers, who naturally want to get their goods on the road as quickly as possible. In this respect, we are in the area of conflict between shippers and shipowners,” says Lanfermann.

It is undisputed that huge container ships are needed. In 1990, Hamburg handled just 2 million TEUs, 15 years later Germany’s largest port hit the 10 million mark, and by 2019 the figure was around 9.3 million. The more world trade increased, the louder the call for more efficient means of transport. This is reflected in the growth of ships. In 1970 the Sidney Express deployed by Hapag Lloyd was one of the largest ocean liners in the world, with 1,500 TEU. HMM Algeciras manages 24,000 TEU. Sixteen times! No one expects this development to continue at the same pace. But a stop is not in sight either. Soon the next ship should replace HMM Algeciras as the record holder. Experts are already talking about 26,000 TEU.

“#Container ships are getting bigger and bigger. The loading capacity of the #HmmAlgeciras is 24,000 TEU. World record!“

The decisive factor is how world trade expands and how many goods will travel across the oceans in the future. Because the old forwarder’s principle certainly remains valid: “Freight finds its way.”

Ever larger container ships: Where is the development heading?

Port of the future - the Container Terminal Altenwerder (CTA) 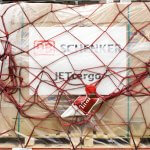 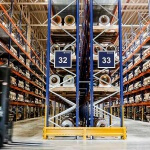