Crossing the desert by heavy truck

DB Schenker has transported over 200 components of a machine for mining iron ore to the “South Flank” mine. The first part of the transport was carried out by ship, then it continued on the road – on behalf of thyssenkrupp Mining Technologies. In the western Australian desert region of Pilbara, the world’s largest rail-operated bucket wheel excavator is being built from the 90,000-ton cargo. The bucket wheel excavator is scheduled to start operating in mid-2021. “South Flank” is a new iron ore mine that is currently being developed with an investment volume of 3.6 billion euros. This is one of the world’s largest mining projects. The mine is operated by the Australian-British raw materials group BHP.

“We are proud that the world’s leading manufacturers of industrial systems trust DB Schenker for extraordinary special transports like this one.”

The sea transport on three ships started at the Western Australian naval facility in Henderson near Perth. The journey led 1770 kilometers north. In Port Hedland, the modules were loaded onto hydraulic heavy-duty trucks and transported on land routes to the mine in the Pilbara region, 350 kilometers away. The convoys of trailer combinations, some of which were 120 meters long, passed 27 bridges and five level crossings. This short video shows impressions of loading and overland transport.

25 experts from DB Schenker Global Projects & Industry Solutions in Perth planned and implemented the transports over a period of two years. For Thorsten Meincke, Head of Air and Sea Freight at DB Schenker, the completion of the project is a milestone in the collaboration with thyssenkrupp and other companies in the industry: “We are proud that the world’s leading manufacturers of industrial systems trust DB Schenker for extraordinary special transports like this one. “

The rail vehicle consists of a bucket wheel excavator (reclaimer) and two stackers that pile up the iron ore. The paddle wheel has a diameter of more than 12 meters. The two stackers are each 106 meters long, 40 meters high and together weigh 2,800 tons. The plant is supposed to extract 20,000 tons of iron ore per hour. 20,000 tons of ore every 60 minutes! And that for many years. A previously unimaginable achievement. The current world record for an ore excavator is 16,000 tons. Thyssenkrupp is now adding another 25 percent. 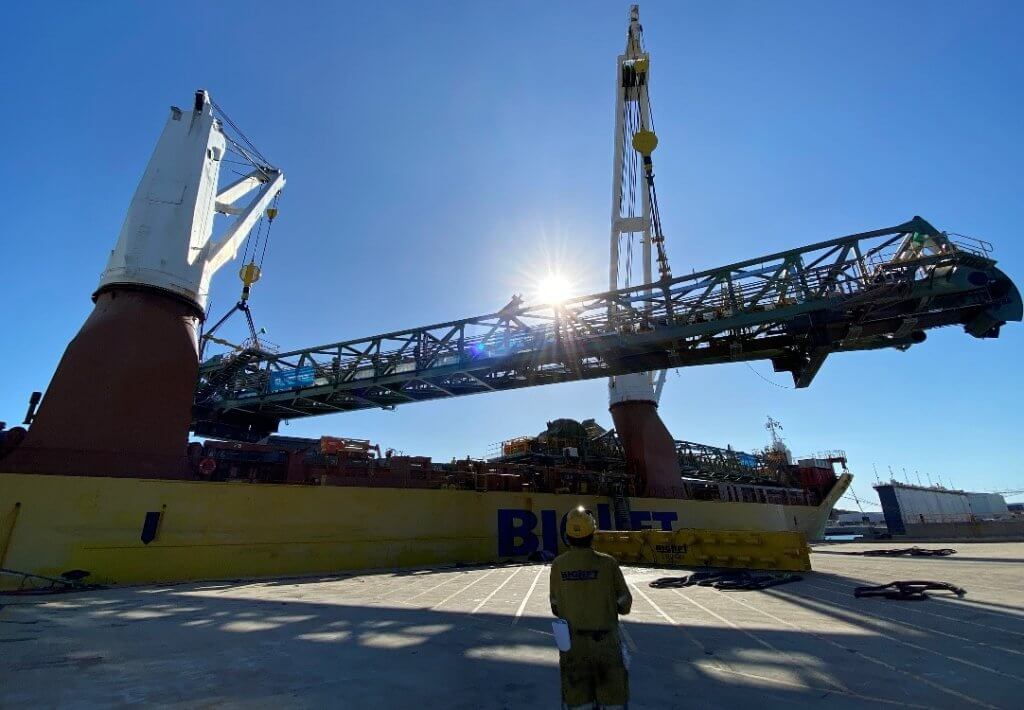 The modules for the largest rail vehicle in the world were transported by ship from Henderson to Port Hedland. © DB Schenker 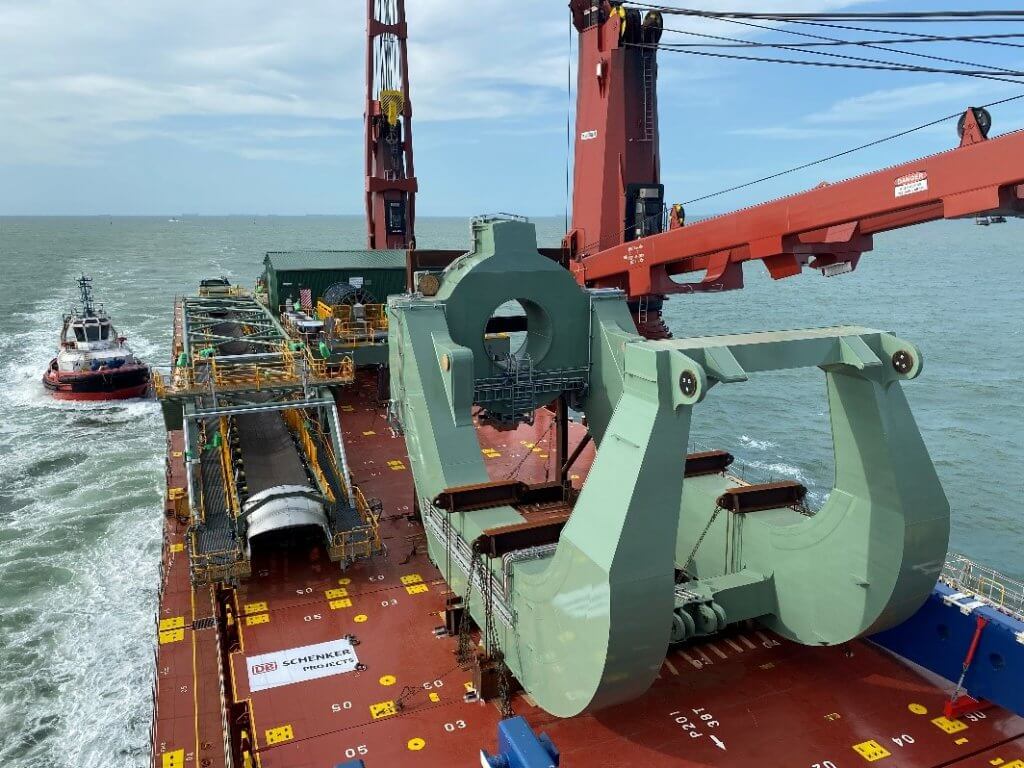 There are almost 1,800 kilometers between Henderson and Port Hedland. © DB Schenker 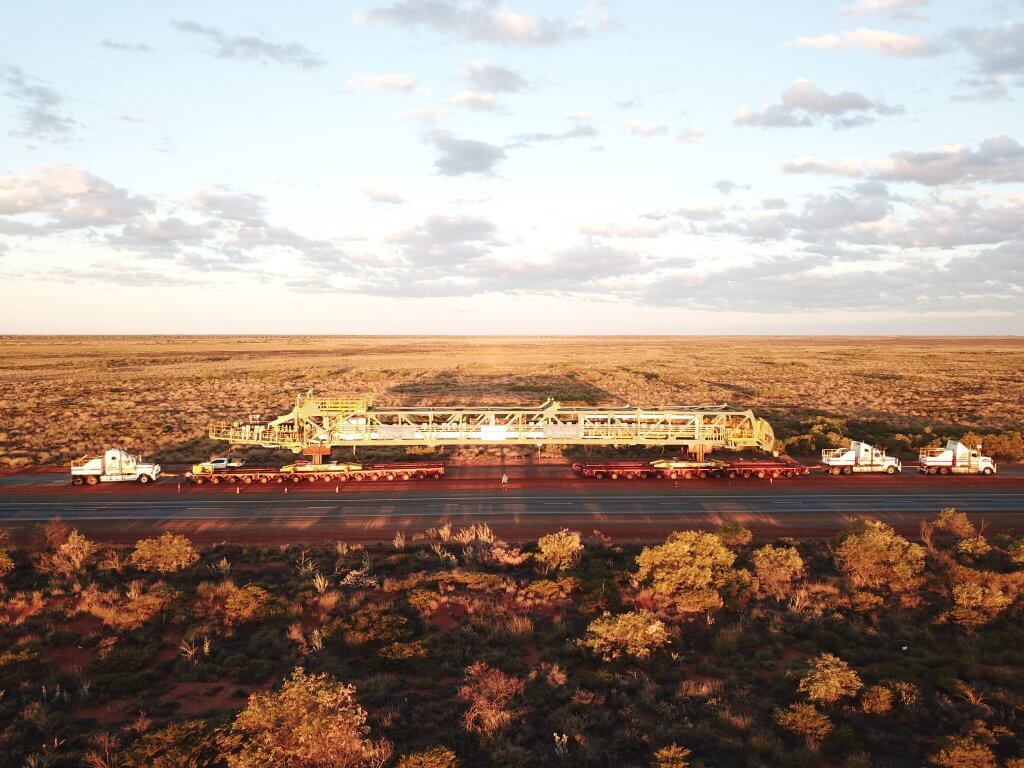 DB Schenker is currently transporting additional mega modules for the iron ore mine and the 23-kilometer overland conveyor system planned there. So far, 380,000 tons of freight have been transported to Port Hedland on eleven special heavy-duty ships.

“#dbschenker transports components for the largest #bucketwheelexcavator in the world.“

Heavy transport: with 100 tons through the bottleneck 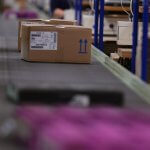 Talking about the right packaging! « 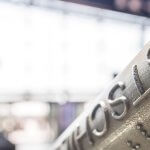 3D printing: Logistics in the age of additive manufacturing »