With the new construction of a third airport in Beijing, China is pursuing ambitious goals. Beijing Daxing Airport aims to curb the rapid growth in air traffic in the region around the capital. The new airport is to become one of the most important transshipment hubs in the gigantic empire with the IATA code PKX.
Aviation in China is more than just moving people and cargo from one place to another by air. It is also a political indicator of how far advanced China is on the way to modernity. In this field, the country with its 1.4 billion inhabitants has reached an extraordinary level.

Therefore, we will take a look at the latest mega-projects in the world in a series of articles: How do the falling passenger and airfreight numbers get along with the often ambitious expansion plans?

A long history of aviation

There have been airports in China since 1907. The first was built in Shanghai and served the military. Civil aviation began twelve years ago. Today, Chinese engineers design aircraft and fly into space. According to figures from the IATA Aviation Association, the jobs of six million people in the country depend on aviation.
Above all, the gigantic domestic market is driving the sector: passenger numbers and cargo volumes are growing rapidly. In 2019, more than 700 million people traveled by plane in China, and around 16.74 million tons of freight were transported. 37 airports in the country have an annual capacity of more than 10 million passengers.
It’s no wonder that the government is now building a new superlative airport in the capital: in terms of building area, Beijing Daxing International Airport will be the largest airport in the world.

Capacities in an important region

One reason for the new building was the limited capacity for air traffic in the capital region. The previous Beijing Capital International Airport, the second largest in the world, was fully utilized and could no longer be expanded. Originally designed for 75 million passengers a year, this limit was exceeded in 2012. There is also the small Beijing Nanyuan Airport in Beijing, which is used for military and civil purposes, but was closed when the new PKX opened in September 2019. A mere six million passengers flew via NAY a year – mostly on internal flights operated by China United Airlines.
And finally, China needs a connection to the global aviation network for the new Xiong’an economic zone. The newly established area is to become a kind of subsidiary capital to Beijing.

The Chinese government brought the star planners from Norman Foster and Zaha Hadid Architects on board for the planning and design. The architects designed a terminal building that extends over 700,000 square meters like a gigantic starfish. Construction took less than four years for 45 million passengers a year. It was put into operation right on time for the 70th birthday of the People’s Republic.
The spacious facility with the buildings alone cost 120 billion yuan – the equivalent of more than 15 billion euros. The connections to the transport networks caused the costs to skyrocket to 51 billion euros. High-speed trains, subways and trains between airports ensure rapid transfers. High-speed trains take travelers to the center of Beijing in 20 minutes.

The corona pandemic brought air traffic to a standstill in China at the beginning of 2020. But the country has recovered quickly after a deep slump in freight and passenger volumes. Domestic flights in particular have almost reached pre-crisis levels again due to massive price cuts, and long-haul flights are still rare.

The aircraft manufacturer Boeing predicts that around 2.5 billion people will fly in China in 2039, far more than in North America or Europe. The air freight market alone is expected to grow by an average of 4 percent over the next 20 years, especially in Asia. China’s government is also continuing to focus on strong growth. China has resumed the expansion of the air transport network, which was paused for a few weeks. Daxing is also set to grow: capacity will increase to 72 million passengers annually by 2025, and even to 100 million in 2040.
200 new airports for millions of people are to be built by 2035. There are few observers who doubt that this will succeed in the land of superlatives.

Atlanta - in the land of limited opportunity 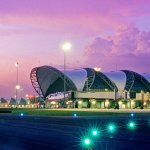 Bangkok Airport: Preparing for the Return of Tourists « 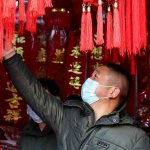