Bangkok Airport: Preparing for the Return of Tourists

Thailand is one of the most desirable tourist destinations. In the United Nations World Tourism Barometer, Thailand is the second most popular destination in the Asia-Pacific region after China. In 2019, more than 106 million passengers entered through the airports of the capital Bangkok: Suvarnabhumi and Don Mueang. Both operate well beyond their capacities. That is why there have long been plans to expand the facilities: up to 150 million travelers would fly through the hub each year. But then came COVID …
How do the collapsing passenger and airfreight numbers match up with the often-ambitious expansion plans?

A gateway to the world for people and goods

Suvarnabhumi is Thailand’s gateway to the world: 65 million passengers use the east-Bangkok airport. When it comes to cargo operations, too, the airport is not only the most important airfreight hub in the country, with 1.3 million tons of airfreight passing through annually; it also plays a role as a node in the entire Asia-Pacific region. The vast majority of Suvarnabhumi’s 188 international destinations are in this region.
Air traffic has shrunk due to the coronavirus pandemic. Aircraft movements and passenger traffic through Thailand’s airports fell by more than half in the first half of 2020, while airfreight volume fell by almost 18 percent. It has yet to recover: According to the ACI airport association, this will now be difficult for airports without a large inland network, e.g. Bangkok but also for Singapore and Hong Kong, the most important connections from Thailand.

Atlanta - in the land of limited opportunity | logistik aktuell

In the USA, the world's largest airport, Atlanta, is pushing modernization.

Airports with a large inland network like in China, on the other hand, are recovering faster. Strong, politically supported domestic demand compensates for a drop in international transport. Nevertheless, the Thai government and the airport operator Airports of Thailand AOT are optimistic that the volume of traffic will quickly grow again. Authorities have only just given the green light for the established expansion plans. In particular, Suvarnabhumi International Airport is to be massively expanded as planned, despite the international travel restrictions.

“The country’s main source of income is the travel industry – and 80 percent of tourists are passengers”, said Transport Minister Saksayam Chidchob at the end of January 2021. The modernization is intended to ensure that the airport can meet the demand for air travel again after the pandemic, the minister said.

In concrete terms, the expansion with a third runway means that the current daily processing of 68 planes per hour rises to 90. In addition, three new terminals will be set up: East, West and North expansion. These could be completed by 2024. The 348,000 square meter North expansion alone is budgeted at 41.26 billion baht – the equivalent of 1.3 billion euros. It is expected to be able to accommodate an additional 30 million passengers per year. The East and West expansion each cover 66,000 square meters and are designed for a further 30 million passengers annually. These projects are budgeted at 7.83 billion baht.

“Speculation on the tourism boom: A third runway, three new terminals – this is how Thailand is expanding Suvarnabhumi Airport in Bangkok. #DBschenker #Airfreight“

The concept of two airports in one capital city is also gaining ground in Bangkok. Paris is doing well with Orly and Charles de Gaulle. Turkey has two airports in its capital: Istanbul Airport and Sabiha Gökçen. Bangkok also wants to continue operating Don Mueang International Airport in north of Bangkok, after the expansion of Suvarnabhumi for low-cost airlines. This is because the expansion is a representation of Thailand’s optimism that, like China, it will soon be back in the center of global air traffic routes. 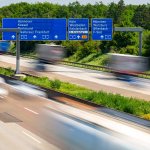 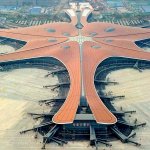