Success has many fathers and mothers, they say – and in this case that is particularly true: DB Schenker transported a complete vaccine filling line on behalf of the US healthcare company Nexus Pharmaceuticals. The time window was extremely tight. DB Schenker had to rely on the entire know-how of its own network in order to process the order at the required speed.
“The complexity of this project was to coordinate several stakeholders and transport solutions involved,” says Jennifer Gabriel from DB Schenker in Germany. As Head of Air Freight Branch Ilsfeld, she supervised the loading and transport. The sensitive cargo consisted of the many components of a vaccine filling system including an isolator, with which pharmaceutical products can be filled sterile into injection vials.

“The complexity of this project was to coordinate several stakeholders and transport solutions involved.”

The system was built by Bausch + Stroebel, a German specialist in machines for pharmaceutical packaging based in Ilshofen near Schwäbisch-Hall. It includes a tailor-made isolator that realizes an aseptic environment for processing pharmaceutical products. It comes from the plant and machine builder Franz Ziel from Billerbeck near Münster. Already ahead of the outbreak of the pandemic, the companies had started developing and building the production line.

One of the largest aircraft in the world

The implementation of the order presented the logisticians at DB Schenker with a number of challenges. They chartered an Antonov An-124 aircraft for the flight from Germany to Chicago-Rockford in the US. It is one of the largest aircraft in the world. The organization of the charter flight was taken over by the team from Schenker Flight Services GmbH led by Stephan Wrobel (Vice President Business Development & Operation Global Air Charter).
From the two companies’ locations in Ilshofen and Billerbeck, DB Schenker transported the system to Frankfurt-Hahn Airport by land. The cargo was split into 20 boxes: The largest container was 8.5 meters long and 8.3 tons in chargeable weight. The sensitivity of the transported goods required special monitoring: Special sensors documented shocks or excessive angles of inclination of the precisely adjusted components. In addition, the boxes had to be certified in order to meet the high safety regulations in the US.

“The advantage of DB Schenker is: We have our own cargo capacities so that we can reliably serve our customers.”

30 million doses of vaccines a month

The material was then loaded onto the Antonov An-124: 67 tons of cargo reached Chicago-Rockford. Since even the Antonov’s capacity was insufficient, another 15 tons of the batch had to be transported on DB Schenker’s regular weekly charter flight from Munich to Rockford.
From Chicago, DB Schenker controls the onward transport of the load by truck to Pleasant Prairie in Wisconsin, just under 100 kilometers away. Nexus Pharmaceuticals has built a state-of-the-art production facility there. In order to set up the vaccine filling system and the isolator in the new plant, the customer calls up the freight in a precisely timed sequence from the DB Schenker office there. “Nexus’ investment with DB Schenker’s tremendous support was instrumental in the fast-tracking of the commissioning of our state-of-the-art sterile pharmaceutical manufacturing facility,” praised John Cook, Vice President of Manufacturing Operations at Nexus Pharmaceuticals. When the production line is finally approved and put into operation, it can produce up to 30 million doses of vaccines per month.

Air freight today is a question of cargo space

“Such a job is really tough. Because air freight has changed since the outbreak of the pandemic”, notes Kai Herbst, Senior Vice President Air Freight SouthWest at Schenker Deutschland AG. Although the processes have remained largely the same, the available cargo space has declined massively. In the past three quarters of the cargo was carried in the belly of passenger planes. “Today it is much more difficult to get space quickly at a good price,” says Herbst, who has been in the business for almost three decades. “The advantage of DB Schenker is: We have our own cargo capacities so that we can reliably serve our customers.” There are really many mothers and fathers behind a success like this complex transport to the US: the employees in DB Schenker’s close-knit network.

“Take off! On behalf of Nexus Pharmaceuticals, #dbschenker is transporting a complete #vaccine filling line to the #US by #charter #flight. “ 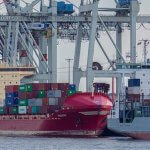 Strong acceleration: The pandemic offers logisticians opportunities to get better « 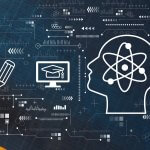 Digitization and training in logistics »